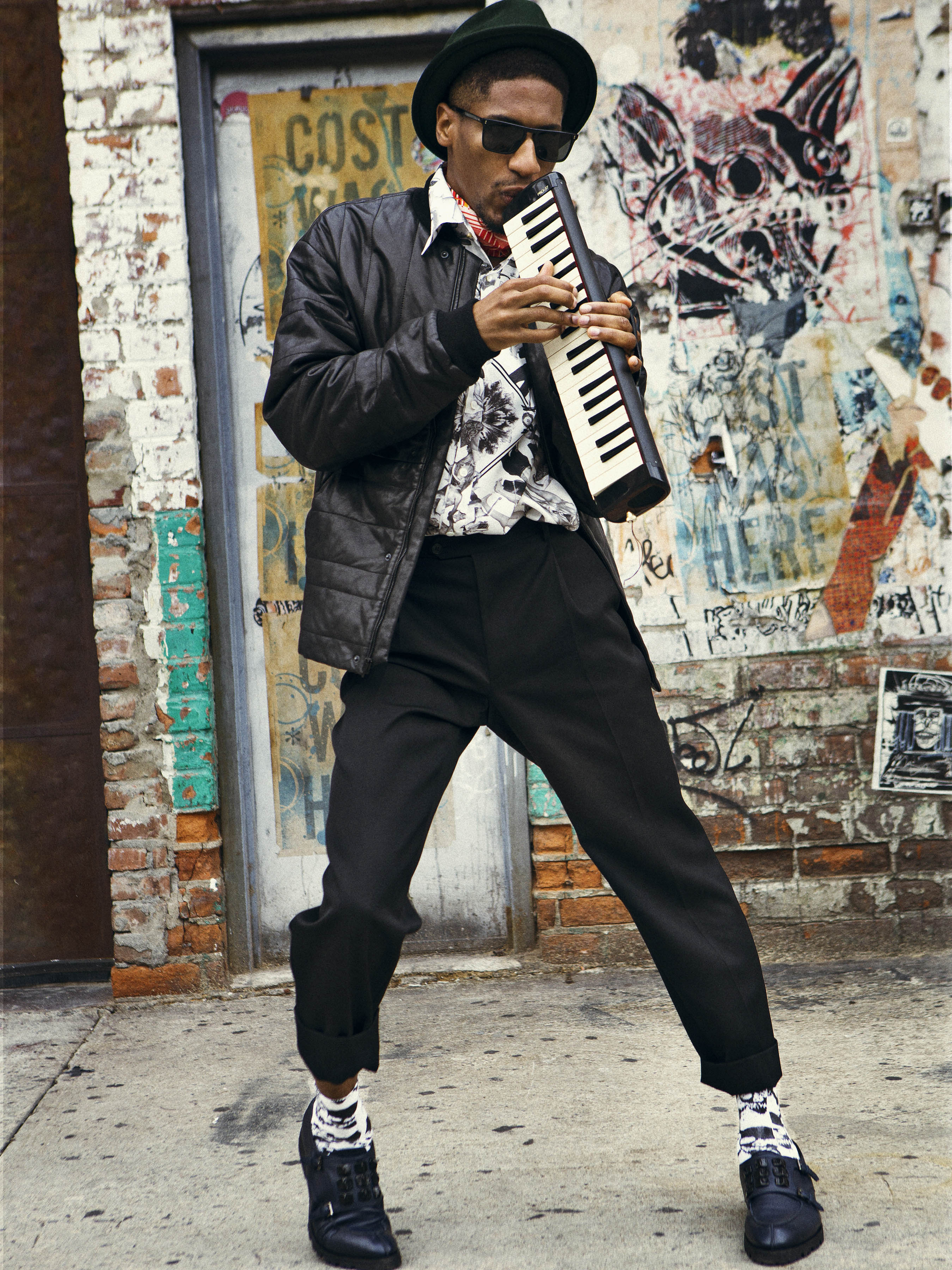 Celebration Includes Middle and High School Workshops Plus Concert at 7:30 pm at the Casino Theatre

Batiste and Stay Human kick off International Jazz Day with a morning performance for students from the Pell School and Thompson Middle School. In the afternoon, the band will present a workshop for jazz combos from Rhode Island high schools. The morning and afternoon sessions are being facilitated in collaboration with Alan Bernstein, Supervisor of the Arts for the Newport Public Schools.

The celebration culminates with the evening performance in the newly-renovated Casino Theatre. All tickets are General Admission and are priced at $25 for adults; students with ID and ages 18 and under are free. Proceeds will benefit education programs of Newport Festivals Foundation, Inc. For information and reservations, call (401) 341-2295.

Deeply rooted in the musical traditions of his native New Orleans, where he grew up playing with his family’s well-known band, pianist/harmonaboardist Jon Batiste has developed a uniquely current, uplifting, and playful brand of jazz that integrates his classical Juilliard training with contemporary mainstream sounds. He tours around the world with his band, Stay Human – saxophonist Eddie Barbash, tuba player Ibanda Ruhumbika and percussionist Joe Saylor. Their mission is to bring the joy of jazz to the masses, transforming each space they play by breaking down the barriers between audience and performer, and inviting people to experience the music as they never thought it could be played. Stay Human’s first studio album, Social Music, was released in October 2013. Jon is also a noted advocate for music education and serves as Traveling Ambassador for Music Unites and Artistic Director-at-Large for the National Jazz Museum in Harlem. He is a regular figure in television and film, including HBO’s Treme and Spike Lee’s Red Hook Summer. Jon Batiste and Stay Human will return to Newport for a performance at the 60th Anniversary of the Newport Jazz Festival at Fort Adams on Friday, August 1.

The Newport Festivals Foundation was founded by George Wein in 2010 to build up and continue the legacies of the famed Newport Jazz Festival and Newport Folk Festival. Under the auspices of the Foundation, the Newport Jazz Festival presents performers who respect and honor jazz music traditions, and at the same time reflect the changes in today's musical trends. Through the establishment of partnerships with local high schools and colleges/universities, the Foundation will present programs to educate young people about jazz music as presented at the annual festival. The Newport Jazz Festival® takes place August 1 – 3 at the International Tennis Hall of Fame at the Newport Casino and Fort Adams State Park. The Foundation also will present a Family Concert at Fort Adams on July 30.

Founded by the Sisters of Mercy in 1947, Salve Regina is a private, coeducational university offering a comprehensive and innovative liberal arts education in the Catholic tradition that fosters the development of each student’s distinct and individual talents. Accredited by the New England Association of Schools and Colleges, the University enrolls more than 2, 500 undergraduate and graduate students from across the U.S. and around the world.

In November 2011, the United Nations Educational, Scientific and Cultural Organization (UNESCO) officially designated April 30 as International Jazz Day (IJD) to highlight jazz and its diplomatic role of uniting people in all corners of the globe. Led by Irina Bokova, UNESCO Director General, and legendary pianist/composer Herbie Hancock, this year's celebration will be held in Osaka, Japan. IJD brings together communities, schools, artists, historians, academics, and jazz enthusiasts all over the world to celebrate and learn about jazz and its roots, future and impact; raise awareness of the need for intercultural dialogue and mutual understanding; and reinforce international cooperation and communication. International Jazz Day is the culmination of Jazz Appreciation Day, which draws public attention to jazz and its extraordinary heritage throughout April.