SOURCE: ALL ABOUT JAZZ PUBLICITY
August 27, 2007
Sign in to view read count 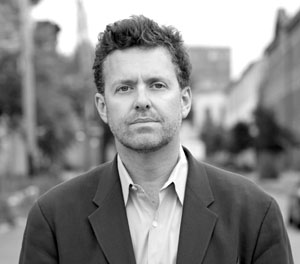 In 1986, a group of kids from Ithaca College got to sing at the Montreux Jazz Festival. Although it was on the patio, rather than the main casino stage, it inspired the creation of the New York Voices, one of the most successful and long-running vocal groups in music history. The Voices seem to be on continuous tour, performing at the world's most prestigious venues. After six of their own albums, and two Grammy-winners with Paquito D'Rivera and the Count Basie band, they are about to launch A Day Like This (MCG Jazz, 2007), their first studio release in eight years.

In the midst of all this, Voices co-founder Peter Eldridge has been carving out a strong solo path as a singer/songwriter/educator/arranger/producer [Note: All of the Voices have their own independent projects.] There are three Eldridge CDs so far: Stranger in Town, a dreamy mix of jazz standards with stellar backing from Michael Brecker, Donny McCaslin, Lewis Nash, Romero Lubambo and Claudio Roditi, and Fool No More, the first collection of Peter's compositions [both out in 2000, from Rosebud Records].

More delightful originals are gathered up in Decorum (Reuben's Tunes, 2005), and some of its tracks have been showing up in interesting places. For example, “Surrender" is the title track of Jane Monheit's 2007 Telarc album, while D'Rivera has covered “Difficult." Eldridge is also the English-language lyricist for Ivan Lins, the Brazilian composer that many consider the successor to Tom Jobim; one of their collaborations, “Minds of Their Own," appears on Nancy Wilson's Grammy-winning RSVP--Rare Songs, Very Personal (MCG Jazz, 2004).

AAJ Contributor Dr. Judith Schlesinger caught up with Eldridge in a rare quiet time, to discuss his life and career, the history of the Voices, the state of the world, and his Paris Hilton song.

Check out Peter Eldridge: A Lot of Other Stuff at AAJ today!