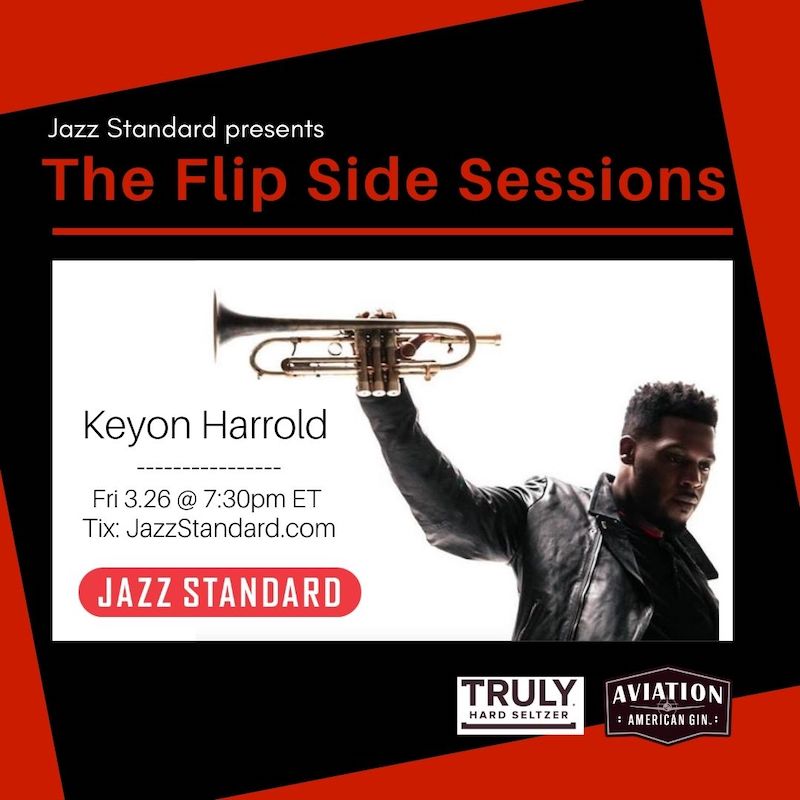 $15 per show. Tickets must be purchased online in advance at JazzStandard.com. Ticket buyers will receive an exclusive link to access the broadcast.

Since the December 2020 closure of Jazz Standard’s doors on East 27th Street, there has been a heart-breaking vacancy in Manhattan’s jazz community. Jazz Standard’s team hopes that this new series will help fill that void with the high-quality production, stellar musical experience, and warm hospitality that it has been applauded for almost two decades. “For the past few months, we have been overwhelmed and humbled by the outpouring of love and support from both the jazz community and our patrons,” says Seth Abramson, Artistic Director, Jazz Standard. “We are dedicated to continuing the conversation with them through this streaming format and hopefully connecting with more members of our international audience.”

Below is a complete schedule of performances, along with information on the musicians. All shows were filmed in advance at the South Orange Performing Arts Center (SOPAC) in South Orange, New Jersey, and produced and curated by Jazz Standard’s Artistic Director Seth Abramson.

The Flip Side Sessions Schedule: March 26

Keyon Harrold was born in Ferguson, MO. He grew up as one of 16 children in a family that prioritized music and community across generations. At 18 he was hit with culture shock when moving to New York City to attend The New School's jazz program. In New York, he landed his first major gig with Common, an experience which he says broadened his musical horizons beyond jazz to include funk, Afrobeat, R&B, and hip hop. Soon he was performing with stars like Snoop Dogg, Jay Z, Beyonce, Rihanna, Eminem, Maxwell, and Anthony Hamilton.

In 2009, he released his solo debut, Introducing Keyon Harrold, and then won wide acclaim for his trumpet performances in Don Cheadle’s Miles Davis biopic Miles Ahead. Keyon’s most recent release as a leader is entitled, The Mugician. The title is a portmanteau of “musician” and “magician,” a nod to a nickname Cheadle bestowed upon the young virtuoso, and it’s an apt descriptor for a record that pushes beyond the traditional boundaries of jazz trumpet.

It will be apparent when tuning in to this special concert why Keyon Harrold is in such high demand as an artist. His group consists of notable and in-demand artists in their own right for this special performance. Don't miss the magic of this group's performance brought to you in the comforts of your own room virtually by Jazz Standard.