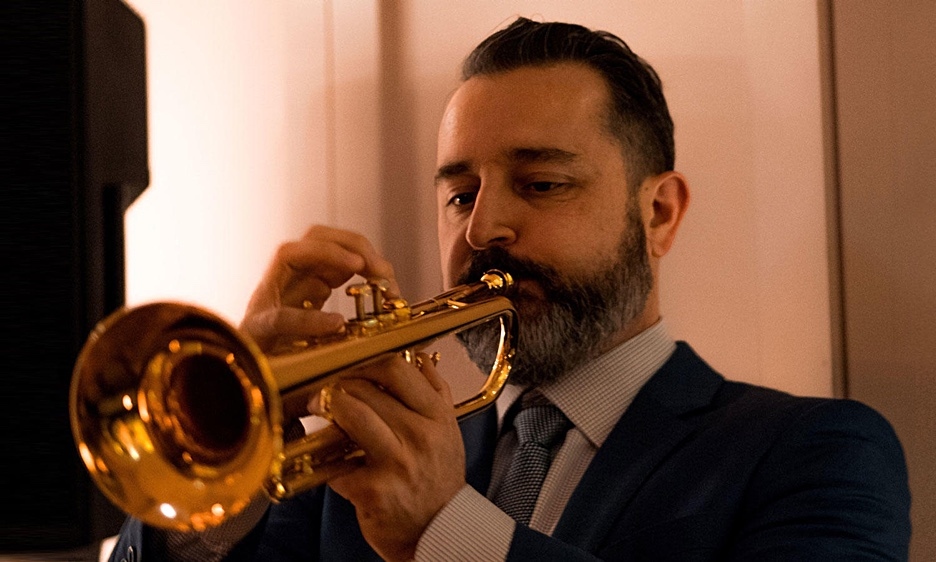 Rutz's horn is warm and embracing in each setting, glistening on the more Spartan themes, making the various colors and textures presented here woven like a Raphael tapestry.
—George W. Harris, Jazz Weekly

Figure Two picks up at present in the present of the musical journey for Rutz. With Figure One Rutz made deliberate decision to honor others in his life who have influenced and provided guidance for him to outline (Frameworks) his life. This second volume looks to the future from right now into paths ahead (New Designs).

Joining Rutz again is his friend Brice Winston, the immense talent on tenor and soprano saxophone.

The official album release date for Figure Two is September 18, 2020.

Markus Rutz plays trumpet with bluesy, soulful style and a tone that has been called gorgeous. He composes music from his home base in Chicago, Illinois where he also performs modern jazz.

For over three decades, the musical discoveries continue for Chicago-born jazz composer and trumpeter, Markus Rutz.

As described by Downbeat’s J.D. Considine, with his “big, dark tone and a fluid ease to his phrasing,” trumpet player, composer and bandleader, Markus regularly delights audiences in venues throughout his hometown and across the United States.

Capturing the same spirit as his dynamic live performances, 2019 marked the release of his third album, Blueprints – Figure One: Frameworks. With the majority of the album comprised of his own compositions, this new work ranges from duet to sextet, with pieces incorporating Cuban percussion, ballad, bop, West Coast Cool and swing.

Markus began trumpet at the age of nine. His post-secondary musical studies took him to the University of Wisconsin-Madison, Berklee College of Music and the University of New Orleans where he graduated with a Bachelor of Arts.

Forever exploring the bounds of jazz, Markus continues to teach, compose and perform with top musicians from around the globe—plying his horn from New York to London to Brazil and Japan. Open-minded and curious, his musical journey benefits from all that is new and unexpected, courtesy of his global collaborators.

Look for his fourth album to release in 2020.