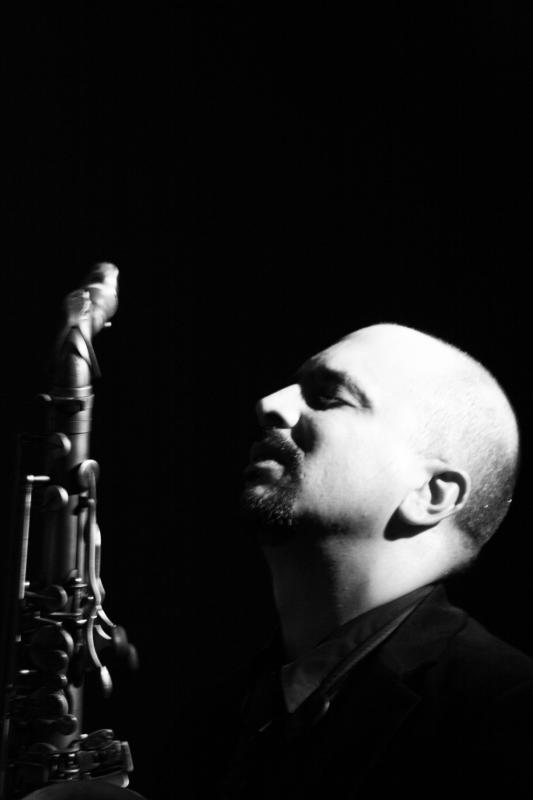 slideshow
The title of saxophonist Marco Pignataro's new album, Sofia's Heart, has a literal meaning. The record is named after Pignataro's 6-year-old daughter Sofia, who is born with a heart defect often linked to children with Down Syndrome like herself. The stress and gripping fear of seeing his young child undergo three open-heart surgeries is felt throughout the record, not only on the mood-drenched title track but on various cuts such as “Homesick," in which Pignataro's saxophone conveys a wounded ache. The album as a whole is a work of art, one that reaches into the deepest recesses of the soul. Pignataro discusses his journey in the following interview.

Q: I know this is explained on your website, but for the benefit of the readers please tell us the story behind the title of the album.

A: Sofia is my youngest daughter and she was born with a severe heart defect, very common in Down Syndrome children like her. Because of her heart condition, Sofia has undergone three open-heart surgeries in her six years of life. The song “Sofia's Heart" describes my perception of the time preceding Sofia's second operation, from the agony of the wait to the post operation in seeing her in a hospital bed with tubes sticking out every which way to our overall feeling of uncertainty about the final outcome. There was this moment preceding the operation when we had her in our arms, and the nurse came to get her from us to bring her to the surgery room. In my heart it felt like an empty space in the universe that not enough tears could ever fill; me and my wife shockingly holding ourselves as we were seeing our most precious gift get taken from our arms to a dangerous operation, without knowing if we would ever see her again. That deafening quiet moment is still in me, and it was the inspiration of the Sofia's Heart theme. We have presented the music of this CD at various concerts in Europe and Latin America, but I was never able to muster enough strength and courage to play this song ever again. I am not sure if I ever will.

Q: When did you learn how to play the saxophone?

A: I am actually still learning how to play the saxophone. This is truly a never-ending quest. But I started playing it quite late; I was about 17, and I had been previously playing guitar for about three or four years. Back in those years, taking guitar lessons was very common; as a teenager in Italy in the '80s, we were really influenced by the New Wave music coming from England and the U.S. Jazz was not very popular in Italy. However, once I started taking saxophone lessons, my life was never the same. I used to practice eight hours a day for a long time and be completely obsessed by it.

Q: How did you get jazz icon Eddie Gomez to produce your album?

A: He actually asked me to produce it after he agreed to play in the recording session. I could not have dreamed this in a million years. We had played several concerts together already by then and he knew my music inside out. I was really surprised and honored when he did ask, actually. In the liner notes of my CD, he even wrote about it.

Q: What was your first exposure to jazz? What is it about jazz music that appeals to you?

A: Beside Stan Getz, I can't really remember. I just remember that all of a sudden I was hooked to jazz and nothing else really compared to it, musically speaking. It was like being brainwashed or something. What appeals to me about jazz is its creative nature; I think that it is so stimulating especially because of the fact that every soloist can adapt and re-adapt his personality to the music and not be forced to reproduced a composition according the composer's idea. Jazz is a life-affirming music because it celebrates the present moment and a perfect artistic vehicle to express your deepest emotions.