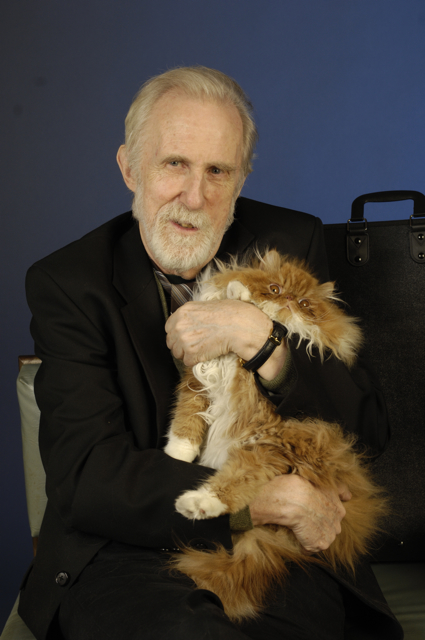 slideshow
New England Conservatory celebrates the artistic vision of NEC’s founding Contemporary Improvisation Department Chair Ran Blake, and the evolution of his music in Realization of a Dream: An 80th Birthday Tribute to Ran Blake at 7:30 p.m. on Friday, November 13. The concert takes place at NEC’s Jordan Hall, 290 Huntington Avenue, Boston and is free and open to the public. NEC also hosts a symposium on Blake’s work on Sunday, November 15 at 11 a.m. at Pierce Hall. For more information, go to: necmusic.edu or call 617-585-1122.

Produced and directed by Eden MacAdam-Somer and Aaron Hartley, the concert features Blake, along with special guests and NEC alums Ricky Ford (originally from Roxbury), Leon “Boots” Maleson (originally from Brookline), Jonah Kraut and Eleni Odoni as well as performances by current students, faculty and departmental ensembles in original interpretations of Blake’s music and repertoire.

Blake came to NEC in the first wave of Gunther Schuller hires in the late 1960s and helped to found the Third Stream Program (now Contemporary Improvisation) in 1972, continuing as chair through 2005. Blake was awarded a MacArthur “Genius” Grant in 1988. He continues to teach full-time, with his innovative approach—known as “the primacy of the ear” and codified in his 2011 book of that title—emphasizing the listening process and long-term memory over strict reliance on sheet music. Blake’s musical and educational approach are defining factors for the CI department and this concert seeks to pay tribute to the unique character of that approach. With harmonic and melodic concepts informed by a multitude of modalities, perhaps most notably jazz and film noir, this event will evoke and be informed and inspired by the individual conception of Ran Blake.

The celebration of Blake’s work continues on Sunday, November 15 at 11 a.m. with The Music of Ran Blake: A Symposium. For well over 50 years, Ran Blake has been making recordings and presenting concerts that challenge the boundaries of performance, composition and improvisation. In this panel discussion, moderated by current Contemporary Improvisation chair Hankus Netsky, a hand- picked group of well-known musicians and writers including Blake’s manager Dave “The Knife” Fabris, producer Art Lange, and NEC CI faculty member Anthony Coleman will discuss Blake’s still-evolving musical legacy and its place in musical history.

This is one of over 100 free concerts and master classes from NEC’s Jazz and Contemporary Improvisation departments for the 2015-2016 season. Other highlights include a Gunther Schuller Memorial Concert, birthday concerts for Anthony Coleman 60, Fred Hersch 60, and Ran Blake 80, workshops/master classes by top flight musicians including Dave Holland; recitals by stellar NEC faculty including Ken Schaphorst, Dominique Eade, Eden MacAdam-Somer and Bob Nieske; and In the Mix and CI Salon Nights, 81 one-hour concerts featuring exceptional student ensembles. All concerts are free and open to the public.