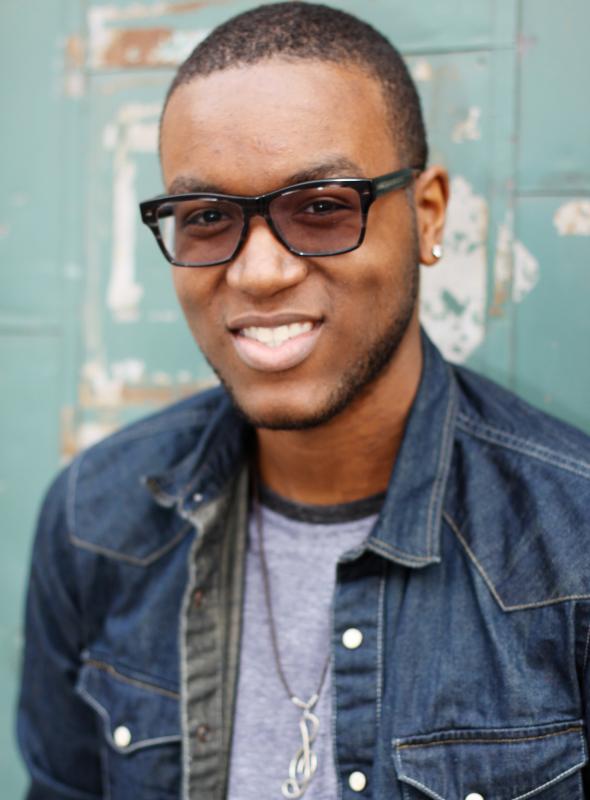 slideshow
“Jazz on stage is alive and it’s a very intimate exchange… You have to listen so you can respond and keep the conversation going. You do that so impeccably well!” – Dianne Reeves to Michael Mayo on PBS’ American Voices

This PBS show was the outgrowth of the Kennedy Center’s 2013 American Voices Festival for which Mayo was selected as one of four young jazz vocalists to participate in a Master Session with Dianne Reeves. The next day, Mayo was asked to sub for jazz vocalist Kurt Elling who was unable to perform.

Michael Mayo earned his Bachelors of Music in Jazz Voice Performance from NEC where he studied with Dominique Eade, Ken Schaphorst, Jerry Bergonzi, Miguel Zenón, John Lockwood, and Donny McCaslin. While at NEC, Mayo was selected to participate Betty Carter Jazz Ahead where he studied with Carmen Lundy and NEC faculty member Jason Moran, among others. The son of two professional musicians, the 22-year-old Los Angeles native has already performed live with recording artists such as Usher, the All-American Rejects, and Matchbox 20. He recorded with Michael Jackson, Korn, and can be heard on the soundtracks for Hairspray: The Movie, High School Musical 3, and The Polar Express. He has also performed on various television programs including Home for the Holidays, the VH-1 Awards, and An Evening of Stars: A Tribute to Quincy Jones.

Mayo graduated with honors and received NEC’s Chadwick medal, awarded to just one student per graduating class. Most recently, Mayo was accepted into the prestigious Thelonious Monk Institute of Jazz Performance Ensemble, only the third vocalist accepted in the Institute’s 20-year history. In just the first three months of this rigorous two-year program, Mayo has already worked with Artists-In-Residence such as Wayne Shorter, Herbie Hancock, Jimmy Heath, Stefon Harris, Hal Crook, and Billy Childs.