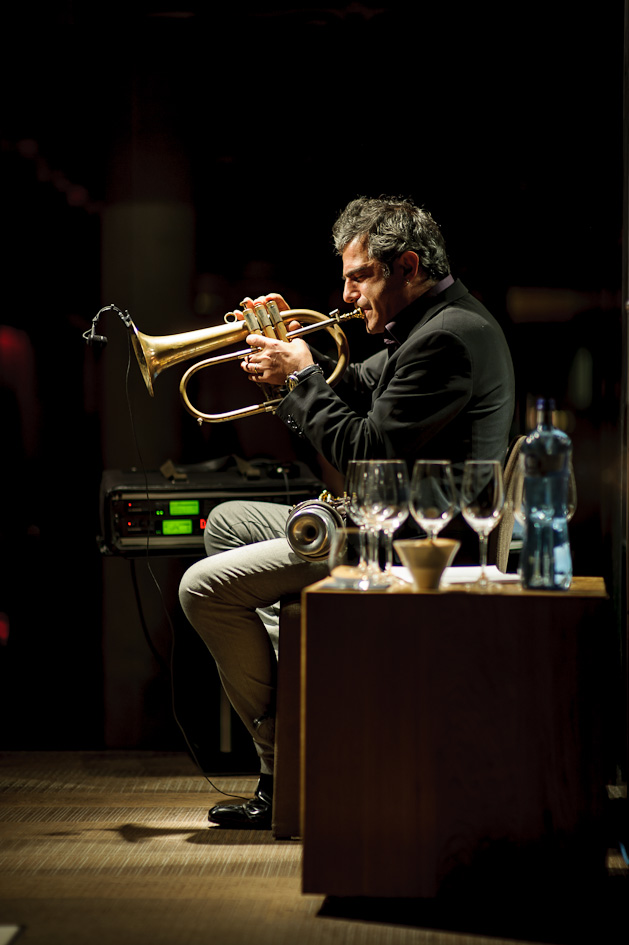 slideshow
Montreal, Wednesday, February 25, 2015 — We’re adding even more names to the incredible program of the 36th edition of the Festival International de Jazz de Montréal, presented by TD in collaboration with Rio Tinto Alcan, from June 26 to July 5, 2015. Tickets for these concerts go on sale today at noon.

An Evening with Chris Botti — June 27, 7 p.m., Maison symphonique — A trumpet superstar on the American music scene, Chris Botti has built a reputation for his subtle, sumptuous and elegant playing, making his mark alongside such pop luminaries as Sting, Michael Bublé and Paul Simon, and hitting the top of the jazz charts. Here he is at the head of a phenomenal evening based on his latest album, Impressions, named best pop instrumental album of 2013 wherein he soars through his romantic melodies… An evening for lovers…

Steve Miller Band. Opening act: Garland Jeffreys — June 26, 7:30 p.m., Salle Wilfrid-Pelletier, PdA — Almost fifty years into a career with over 40 million albums sold, the legendary ’70s American band flies back like an eagle into the Festival program! Five years after their only appearance here, we’re delighted to welcome back a legendary blues-rock group boasting 15 albums and such memorable hits as The Joker and Fly Like an Eagle. Opening the evening: Brooklyn soul-rocker Garland Jeffreys, back with his latest album, Truth Serum.

Rodrigo y Gabriela — June 30, 7:30 p.m., Salle Wilfrid-Pelletier, PdA — Heavy metal meets flamenco? Why not! That’s the unlikely and brilliant 15-year musical fusion served up by Rodrigo and Gabriela. Originally from Mexico, the duo is unparalleled when it comes to fiery acoustic guitar skills and cutting-edge flamenco rhythms. They return 8 years after their last Festival appearance with 9 Dead Alive.

Al Di Meola, Elegant Gypsy & More Electric Tour 2015 — June 26, 8 p.m., Théâtre Maisonneuve, PdA — He’s a legendary guitarist hailed to the moon and back for his flamboyant style and impeccable technique: Al Di Meola is equally famed for his jazz fusion and acoustic playing. Launched into the musical firmament in Return to Forever with Chick Corea and Stanley Clarke, a former member of the greatest-ever guitar trio with John McLaughlin and Paco de Lucía, Di Meola stops by the Festival as part of his electric tour, Elegant Gypsy & More, in the latest live incarnation of his incredible talent.

Huey Lewis and the News — July 1, 7:30 p.m., Salle Wilfrid-Pelletier, PdA — They fueled the soundtrack of the ’80s with an irresistible array of hits including The Power of Love, Back in Time (in Back to the Future), Heart of Rock & Roll, Stuck With You, and I Want A New Drug. After almost 40 years of rock’n’roll, Huey Lewis finally brings the News in for its first ever visit to the Festival, ready to get the party going. Going back to the future never sounded so good.

Bobby Bazini with his special guest Booker T. Jones — July 2, 7:30 p.m., Salle Wilfrid-Pelletier, PdA — When two soul generations meet, the music makes its own moment: that’s what happens when master keyboardist Booker T. Jones, the man behind the immortal Green Onions, a member of the Rock and Roll Hall of Fame and winner of a Grammy Lifetime Achievement Award, opens for our own Bobby Bazini, with his dangerously soulful voice. Expect R&B, expect soul, blues and funk… expect everything!

Madeleine Peyroux — July 2, 8 p.m., Théâtre Maisonneuve, PdA — Madeleine Peyroux and the Festival audience have enjoyed a 20-year love story that only gets better with every visit. The Franco-American singer, who has made her mark at the crossroads of blues, country, jazz and pop, returns to Théâtre Maisonneuve with her rich and eclectic musical palette, recently immortalized in the album Keep Me In Your Heart For A While.

Abdullah Ibrahim solo — July 2, 6 p.m., Gesù — This most renowned of South African pianists offers us the musical delights of three concerts in the intimate confines of the Gesù. To open the prestigious Invitation series, the musical pioneer unveils a solo showcase of the immense range of his talent, unfurling his signature fusion of modern jazz, African tribal music and blues. It’s an essential rendezvous with the dense, subtle and immensely expressive music of the artist formerly known as Dollar Brand.

Abdullah Ibrahim Mukashi trio — July 3, 6 p.m., Gesù — For his second Festival performance in as many evenings, the legendary Abdullah Ibrahim enfolds his audience in the spellbinding sounds of his latest album, Mukashi. The title of the album, meaning “Once Upon A Time” in Japanese, sets the tone: a window to another world, a musical adventure at the crossroads of South Africa and Japan, all of it orchestrated in a magisterial dialogue between piano, flute and cello bonded by serene sensuality and floating melodies.

Abdullah Ibrahim and Ekaya — July 4, 6 p.m., Gesù — For this final show of the series, Abdullah Ibrahim reconnects with his longstanding project, Ekaya, first launched in 1983: a septet dominated by a magnificent dialogue of wind instruments and elegant melodies circulating like a breeze, all of it linked by the expert playing of an octogenarian artist at the height of his powers. It’s an encounter between both instruments and cultures, between the oral musical tradition of South Africa and the vibrant legacies of Duke Ellington and Thelonious Monk.

Beth Hart — June 26, 8:30 p.m., Métropolis — One of the most captivating contemporary American blues-rock voices, Beth Hart continues to conquer the North American audience—and how! She’s won the respect of ace guitarists Joe Bonamassa and Jeff Beck, two of her most illustrious collaborators, and after her blistering show during last year’s Festival, she returns with the songs from Better Than Home, dominated by her powerful voice and flair for composing genuinely moving songs.

Pokey Lafarge — July 4, 6 p.m., Club Soda — He’s an American country singer from another era: Pokey LaFarge shakes up a timeless blend of dusty-road U.S. music. The singer-guitarist from St. Louis, Missouri, unfurls a creative blend of early jazz, ragtime, country blues and swing, which he lays down on the road during 200 concerts every year on 5 continents… and on his 7 albums, including this year’s Something in the Water. Get ready to discover something special.

Steven Wilson — June 28, 8:30 p.m., Métropolis — Tickets for this guitar virtuoso’s show went so fast that we had no choice but to book him for a second evening! Twenty years into his career, the versatile and prolific Steven Wilson ranks among the most fascinating artists on the British rock scene. While multitasking as leader of a series of equally cutting-edge groups—Porcupine Tree, No-Man, Blackfield and Bass Communion—the many-headed musician makes his Festival entrance with his new album, Hand. Cannot. Erase., a gem of progressive rock delivering mind-blowing rhythms and soaring melodies in the Pink Floyd tradition.

Tickets go on sale this Friday at noon

When you love music, you always want more! Luckily, our Festival gift certificates are here to meet the needs and tastes of lovers of good music. With a $25 value, they can be used towards the purchase of tickets to concerts presented by the Festival International de Jazz de Montréal and the Jazz All-Year Round series, in official Festival boutiques and in the Galerie Lounge TD and Bistro Le Balmoral, both located in the Maison du Festival Rio Tinto Alcan. To get the jump on the crowd, sign up for the Spectra Newsletter and have the scoop on the Festival International de Jazz de Montréal emailed to your inbox. For further information, call the Info-Jazz La Presse+ Line at 514 871-1881, toll-free at 1 85JAZZFEST, or visit montrealjazzfest.com.