SOURCE: ALL ABOUT JAZZ PUBLICITY
February 25, 2008
Sign in to view read count 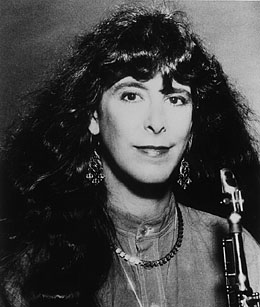 FLYING NOTE Records proudly announces the release of LIVE at the Kerava Jazz Festival: Finland (FNCD 9012). Recorded and mixed by the Finnish radio on June 9, 2007, this CD documents for presenters and fans alike what they will hear when Kali. Z. performs LIVE in concert. In a riveting sequence of 9 compositions on 9 different instruments, Kali trance-ports the audience on the mizmar, piano, nai flute, cello, synthesizer, voice, violin, drum set, and the grand finale on soprano sax.

This music envelops you with a sound embrace that awakens the senses, stimulates the mind and lifts the spirit. Kali's imagination and intensity are beautifully matched with the profound emotional range and musicality of New Orleans tenor legend Kidd Jordan and the finesse and dynamism of drummer Newman Taylor Baker.

All Profits from the Sales of LIVE at the Kerava Jazz Festival Will Be Donated to the Louis Armstrong School of Jazz in New Orleans, under the Musical Direction of Professor KIDD JORDAN.

Raves now coming in about LIVE at the Kerava Jazz Festival: Finland

“Kali's playing is stunning, and sounds so fine with Kidd's sublime, touching tone and Newman's splendid mallet work. What is so wonderful about this disc is that it is a trio that approaches each piece with care, craft and a spiritual vibe at the center. I find this music to be completely transcendent." Bruce Lee Gallanter, Downtown Music

“Multi-instrumentalist and improv-wizard Kali Z. Fasteau is an amazing musician/performer, one that ought to be a lot better known than she is. Like Don Cherry, she's a pioneer of intermingling jazz, free improvisation, and what Western types refer to as “world music." The collective empathy and interplay on this CD is at a very high and sensitive level." Mark Keresman, JazzReview.com

9 other CDs by Kali. Z. on Flying Note Records:

“Fasteau plays with agility and grace, with precision and freedom, with driving force and haunting beauty." Signal to Noise

EDWARD “KIDD" JORDAN is from, and has sired, an historic musicians' family of New Orleans. Professor of Jazz Studies at Southern University in New Orleans from 1974 to 2006, Mr. Jordan is celebrated by the French Ministry of Culture for his visionary and imaginative work as both aperformer and educator. He plays tenor, alto, soprano, baritone, C-melody and sopranino saxophones, as well as contrabass and bass clarinets. His performing and recording associates range widely from R & B stars Ray Charles, Aretha Franklin and Stevie Wonder, to jazz innovators Ornette Coleman, Cannonball Adderley, Cecil Taylor, Fred Anderson, Ellis Marsallis, Ed Blackwell, William Parker, Kali. Z. Fasteau and Alvin Fielder.

NEWMAN TAYLOR BAKER, the son of two professors, grew up on the Virginia State University campus, and began music studies at age five. Mr. Baker has an M.A. and a B.A. in Music Education. He was awarded a NYFA 2000 Fellowship in Composition for his project “Singin' Drums," a diatonically-tuned drum set that enables melodic composition. He has over 25 years of experience performing with top names in jazz and art music, such as Billy Harper, Henry Grimes, Henry Threadgill, Jeanne Lee, Kali. Z. Fasteau, William Parker, Reggie Workman, and Diedre Murray.