New Boston Book Looks Back On A Sparkling Jazz Scene 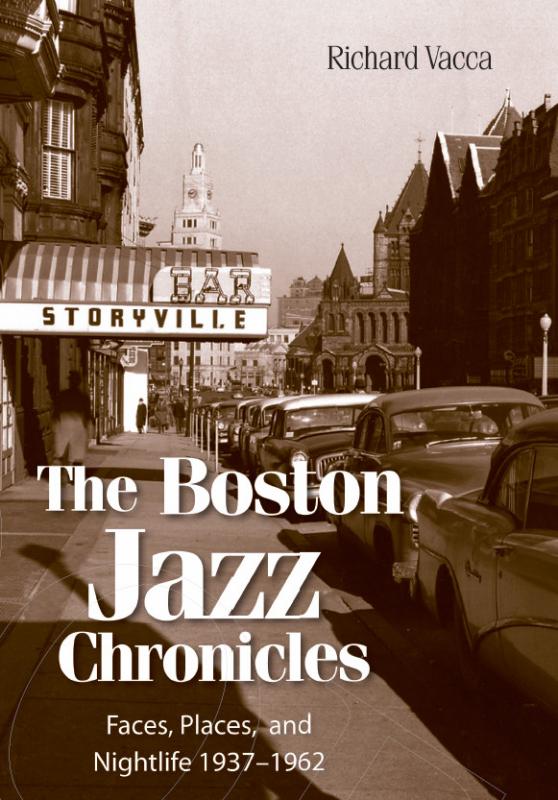 Nat Pierce, Joe Gordon, and Charlie Mariano started their careers in Boston. It’s where Nat Hentoff worked as a deejay, George Wein planned the Newport Jazz Festival, and Lawrence Berk started the Berklee School of Music. Richard Vacca writes about all of them and more in The Boston Jazz Chronicles: Faces, Places, and Nightlife 1937–1962, the first book to document that city’s vibrant jazz scene at mid-century.

“In a city that isn’t shy about telling its stories, the jazz history is one story almost nobody knows. Boston was a town teeming with talent, especially in the late 1940s and 1950s—musicians, journalists, broadcasters, educators, entrepreneurs,” says Vacca. “It was a lively scene, and an important one.”

Vacca’s book arrives at a moment when jazz is in the media spotlight in Boston, as WGBH radio has unleashed a popular backlash with its decision to eliminate jazz programming from its weekday schedule. “People are upset, and they should be,” says Vacca. “You need locally based broadcasters, who know the people playing jazz now, and the places where they’re playing it, to unify a city scene.”

Boston’s current radio plight is in sharp contrast to the 1950s, when fans could find the music on both radio and television. Symphony Sid Torin, John McLellan, and the Jazz Priest, Father Norman O’Connor, were a few of the noteworthy personalities presenting jazz over the city’s airwaves.

The media is only one part of these Boston chronicles. Jazz came into its own there during World War II, when the big bands supplied America with its popular music, and Boston’s Charlie and Cy Shribman were the kingmakers of the big-band era. Pianist Sabby Lewis led Boston’s most popular band, and trumpeter Frankie Newton was its finest musician.

It was in the postwar years, though, that the Boston scene exploded. Talented musicians, many of them veterans studying at the city’s music schools under the GI Bill, joined with Boston’s own contingent of formidable musicians to form a new, more modern scene. Boston became a destination for musicians seeking new musical direction. Led by such luminaries as Jaki Byard, Joe Gordon, Nat Pierce, Gigi Gryce, Charlie Mariano, Herb Pomeroy, Sam Rivers, Alan Dawson, and Serge Chaloff, Boston jazz would reach a creative peak in the 1950s that remains unequaled.

The music was splendid, but there was more. Boston was home to influential jazz journalists George Frazier and Nat Hentoff; Berklee College of Music founder Lawrence Berk; record company executive and producer Tom Wilson; and Storyville nightclub proprietor George Wein, founder of the Newport Jazz Festival. And through it all was the music, at the Ken Club, the Savoy Cafe, the Hi-Hat, the Stable, and other rooms both rowdy and refined.

The Boston Jazz Chronicles (ISBN 978-0-9839910-0-7, 352 pages, $19.95) from Troy Street Publishing includes dozens of images and period maps, extensive notes, a bibliography, a discography, and a comprehensive index. It is distributed to bookstores and libraries through the Ingram Book Company, and available to readers online and through independent booksellers.

Author Richard Vacca is a Boston-based technical writer and editor with a lifelong interest in social and cultural history. He is a regular presenter and writer on the topic of Boston jazz and nightlife. He spent seven years researching and assembling these chronicles.