New Album From Blackmore's Night "Dancer And The Moon"

SOURCE: ANNE LEIGHTON
May 2, 2013
Sign in to view read count 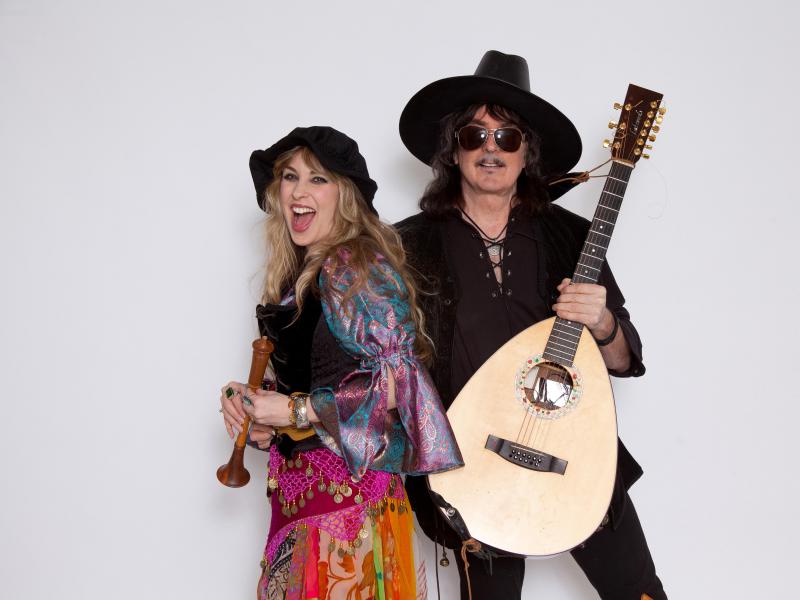 Blackmore's Night is releasing their brand new album, Dancer and The Moon, on June 11th in North America on Frontiers Records. Dancer and The Moon will be released in 2 editions—as a CD and a digipak deluxe edition with a bonus DVD that includes music videos of “Dancer And The Moon" and of “The Moon Is Shining (Somewhere Over The Sea)," plus an extensive interview with Ritchie Blackmore and Candice Night.

Anticipated by the digital release of the first single “The Moon is Shining (Somewhere Over the Sea)” on May 6th, Dancer and The Moon is the band's 8th original studio album, with each disc topping the European and American Billboard's New Age charts.

Each album that Blackmore's Night has released has been awarded Best Vocal Album or Album of the year for their respective charts on NPR and college radio. Blackmore's Night performed on PBS, had specials on CNN and the History Channel. The group has songs on the soundtrack of Germany's THE MAGICAL STORY OF THE RINGS: DIE NIBELUNGER THE RING OF THE NIBELUNGS and the theme song “All For One" for Japan's popular TV show, THIRD WATCH. Their song “Olde Mill Inn" is featured in Jim Carrey's movie, YES MAN. So many honors, placements—the list goes on and on.

Formed in 1997 by Candice Night and Ritchie Blackmore, the two began working together first in Ritchie's previous group Rainbow, when Candice co-wrote a number of songs, most notably “Ariel" and “Black Masquerade" for Rainbow's 1996 album, Stranger In All of Us.

The following year, the two formed Blackmore's Night, and after seven studio albums, two live DVD/CDs and one holiday release, the group's latest album, Dancer and The Moon follows the band's eclectic/jam/folk rock/new age/neo-Celtic/neo-Medieval/progressive rock/chamber pop/world beat styling. Take your pick from the songwriting team of Candice and Ritchie: the acoustic “Somewhere Over the Sea (The Moon Is Shining), the rocking track “The Moon Is Shining (Somewhere Over The Sea)," which you can dance to, along with the title track “Dancer and the Moon," the nature-inspired “The Last Leaf" and the Russian-influenced “Troika."

Blackmore's Night own their versions of classic rock chestnuts: Randy Newman's “I Think It's Going to Rain Today," Uriah Heep's “Lady In Black,” and “The Temple of the King" that Ritchie and the late Ronnie James Dio collaborated on originally for their band Rainbow.

Dancer and The Moon is made complete with its inspiring instrumentals, including the waltzy “Galliard" and the Deep Purple-esque “Carry On… Jon," that Ritchie wrote as a heartfelt tribute to his former band mate, the late Jon Lord.

Dancer and The Moon is a distinctive album, that is both melodic, rhythmic, and full of classic influences led by the dynamic and signature alto vocals of Candice Night and the phenomenal fret work of Ritchie Blackmore.

Dancer and The Moon continues to establish the band that has been growing its following steadily in the jam, pagan/wiccan scene, new age, folk and progressive worlds, as well as the classic rock community.

“So much has happened since our 2008 marriage (and the 2010's release of the duo's AUTUMN SKY album)," says Candice, as she and Ritchie have been musical and emotional partners since 1989. In 2010 daughter Autumn Esmeralda was born, and then in 2012, their son, Rory.

Candice says, “We find that the Dancer and The Moon is visually and emotionally representative of how we feel about our music. We have always had a very strong pull to the mystery of the Moon. Her magic, her power, her legend... She affects us so deeply that we have named many CDs after her and she is almost always represented in our songs. The dancer gives herself completely, unabashedly and whole heartedly moved by the intensity of the music she feels within her soul."

(Singer/songwriter Candice Night available for interviews in support of album.)