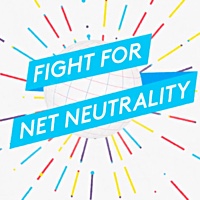 FCC Chairman Ajit Pai, a former Verizon attorney appointed by President Donald Trump last year, completed his campaign to repeal the Obama-Era Open Internet Order in December after he and his fellow commissioners voted 3-2 in favor of tossing it. While the entry of the 284-page rule published into the Federal Register Thursday makes the repeal technically official, the final rule does not go into effect until April 23.

Final or not, New York Attorney General Eric Schneiderman said a petition filed Thursday afternoon is a declaration that he and nearly two dozen of his counterparts in other states believe the rollback of net neutrality is illegal.

In a petition filed in the D.C. Circuit, the state attorneys general contend the order is “arbitrary and capricious” and violates terms of the Administrative Procedure Act.  Schneiderman’s office conducted a six-month investigation into the millions of comments the FCC received during its public comment period, and concluded at least 2 million of them were fraudulent — many sent by individuals posing as someone else — either living or dead.

In January, the Government Accountability Office announced it intends to launch an investigation of its own into the submitted comments.

In a statement Thursday, Scheniderman didn’t mince words, saying the decision to reverse net neutrality busts the door open for “internet service providers to put corporate profits over consumers” by controlling the flow of what is seen, done, or said online.

Moreover, the decision to reverse the 2015 order “wrongly reclassifies broadband internet as a Title I information service, rather than a Title II telecommunications service, based on an erroneous and unreasonable interpretation of the Telecommunications Act,” Schneiderman said. “The rule was also unlawful because it  includes “sweeping preemption of state and local laws,” he said.

The FCC’s repeal expressly allows blocking and throttling by internet service providers but leaves at least one requirement in place: providers must still tell consumers if and when their access is being slowed down.

On Thursday, Jessica Rosenworcel, one of two FCC commissioners to vote against the repeal (the other bring Mignon Clyburn), said “The FCC’s net neutrality decision is a study in just what’s wrong with Washington.  “This agency has failed the American public,” she said. “It failed to listen to their concerns and gave short shrift to their deeply held belief that internet openness should remain law of the land. It turned a blind eye to all kinds of corruption in our public record, from Russian intervention to fake comments to stolen identities in our files.

“As a result of the mess the agency created, broadband systems will now have the power to block websites, throttle services and censor online content. This is not right,” Rosenworcel said. “The FCC is on the wrong side of history and the wrong side of the law and it deserves to have its handiwork revisited, reexamined and ultimately reversed.”

With the repeal published in the Register, Senate Democrats have only 59 days to block the legislation.

Sen. Ed Markey, D-Mass., garnered the support of all of his Democratic colleagues in January when he proposed a hard stop to the repeal. He also eked out support from one Republican, Sen. Susan Collins of Maine.  Markey’s proposed block to the bill falls under authority granted to lawmakers under the Congressional Review Act. If Markey can gather enough opponents to the repeal, it could be killed by resolution.

Under Senate rules, opponents can bypass formal committee review for a joint resolution and force the measure to the floor for a vote. Senate Democrats are now just one vote from overcoming a Republican majority. Should it pass, Markey’s resolution would also bar the FCC from attempting to repeal net neutrality again in the future.