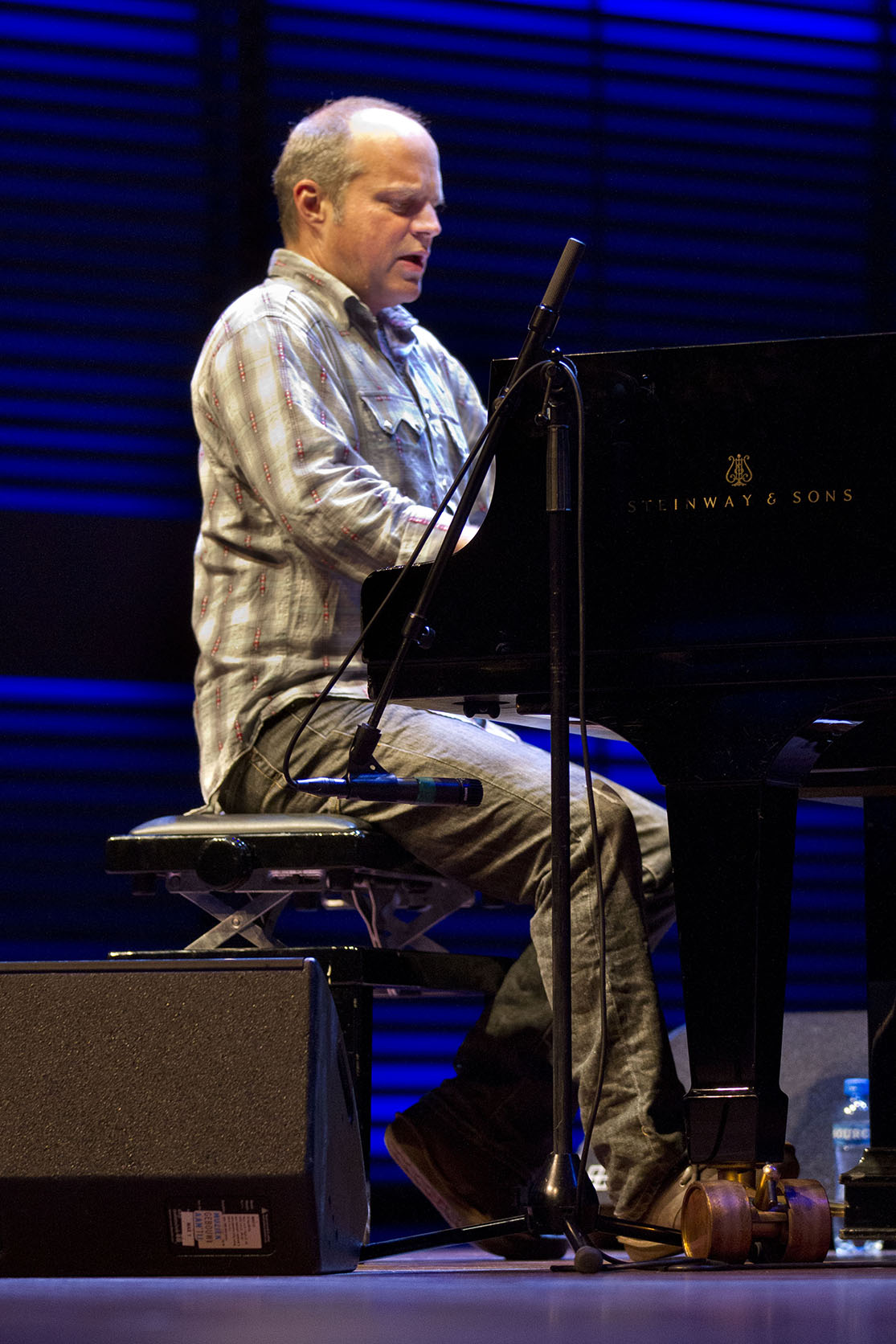 NEC alum John Medeski '88 returns to his alma mater to play piano and Hammond B3 organ with the NEC Jazz Orchestra in a concert featuring his own music alongside works by Duke Ellington, Rakalam Bob Moses and Ken Schaphorst. Medeski is best known as a member of Medeski Martin & Wood, a group with deep roots at NEC, where Medeski connected with fellow NEC student, Chris Wood, and was introduced to Billy Martin through NEC faculty member Rakalam Bob Moses.

Titled The Music of Ken Schaphorst and John Medeski, the concert follows Medeski’s 3-day residency at the school. He will conduct a masterclass for students on Wednesday, February 25 at 1 p.m. in NEC’s Keller Room. The concert on Thursday, February 26 takes place at Jordan Hall. Both events are free and open to the public. For more information, log on to: necmusic.edu or call 617-585-1122.

The concert will feature new arrangements of three of Medeski’s compositions –“Otis,” “Querencia” and “Where’s Sly?”– as well as two Ellington compositions that Medeski has recorded: “Blues for New Orleans” and “Chinoiserie.” These are the opening tracks from two late Ellington suites. “New Orleans Suite" (1970), commissioned by George Wein for the New Orleans Jazz Festival, also became a Grammy-winning recording. “The Afro-Eurasian Eclipse" (1971) was one of Ellington's last large-scale works.

Jazz Studies Department Chair Ken Schaphorst will direct the NEC Jazz Orchestra in the performance of two of his new pieces, “Two Street” and “Smoke,” both featuring Medeski on the Hammond organ.  NEC faculty member Rakalam Bob Moses will join Medeski and the ensemble on his composition “African Violet,” written for the 2000 recording Nishoma that was created as a tribute to his late mother.