Music Education Monday: B-3 for beginners 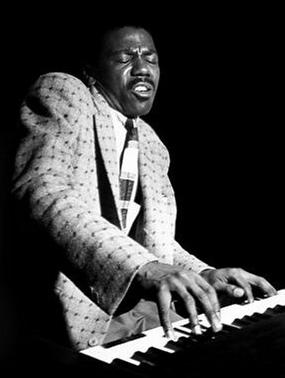 slideshow
The sound of the Hammond B-3 organ is an integral part of many American musical genres, from blues and funk to gospel and soul.

It's been part of jazz, too, almost since its invention in 1935, but really came into prominence starting in the 1950s thanks to Jimmy Smith. Smith, a Philadelphia native who started as a pianist, developed a distinctive style of playing that took advantage of the Hammond's unique feature set and put the organ at the center of a hard-driving, soulful small band.

Smith helped inspire many other players to adopt some of his innovations, and soon organists like “Brother" Jack McDuff, Richard "Groove" Holmes, Shirley Scott, Charles Earland, Jimmy McGriff, and many others followed down the trail he blazed, adding their own tricks, licks and techniques along the way.

Today, it's easier than ever for musicians to access Hammond sounds, thanks to the proliferation of small, portable “clonewheel" organs and software emulations. However, the sounds are just the starting place. Whether using the real thing or just a very good simulation, getting an authentic feel requires an understanding of how the Hammond works and some of the specific techniques used to get what now are considered the instrument's signature sounds.

So toward that end, for this week's Music Education Monday, and what's looking like a couple of future installments yet to be scheduled, you can check out some links to info that should help any musician get a grasp on the basics of the B-3.

For starters, Keyboard magazine online has some brief yet helpful tutorials, beginning with “Hammond B-3 Basics For Pianists" from Scott Healy, the talented and versatile keyboardist for talk show host Conan O'Brien's house band.

There's also “Must-Know Techniques for Hammond Organ" from Brian Charette, who's performed and recorded with Joni Mitchell, Lou Donaldson, Bucky Pizzarelli, Michael Bublé; and “5 Ways To Comp on a Hammond B-3," written by John Ginty, an original member of Robert Randolph’s Family Band who also has toured and/or recorded with Jewel, Santana, and the Dixie Chicks.

Or perhaps you need something even more basic than that, a tutorial that starts with something as simple as how to turn on the B-3 (a procedure that has vexed more than one novice). If so, check the series of short videos by church organist Geoffrey Killebrew, each dedicated to a particular feature of the B-3 and how to use it.

Next, you'll need to understand what drawbars are and how they work, and for that, Hammond-Organ.com's “An Introduction to Drawbars" will come in handy. If you have some experience programming synths, there's an article from ProgSounds.com on “How to emulate Hammond Organ on a synthesizer" that may provide some useful insights related to that knowledge.

And for an even deeper, engineering-nerd style dive into the subject, check out “The Science of Hammond Organ Drawbar Registration".

Before you start practicing, also take a minute to understand what the website Learn Jazz Standards calls “The #1 Myth of the Hammond Organ," namely that “Hammond B3 players usually play bass with their feet, comp with their left hand, and solo with their right hand."

(In future installments, look for more info on specific tricks and techniques, some Hammond history, and, eventually, some instructional videos.)