Multi-Instrumentalist Francesco Turrisi Interviewed at All About Jazz!

SOURCE: ALL ABOUT JAZZ PUBLICITY
September 27, 2011
Sign in to view read count 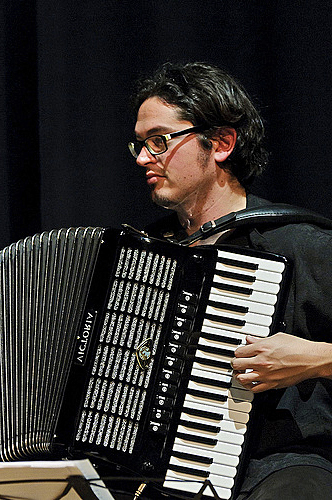 slideshow
It has often been said that composer/harpsichordist/violinist Johann Sebastian Bach (1685-1750) was the first jazz musician. His contrapuntal techniques and ideas on harmony, rhythm and form have influenced countless jazz musicians. Numerous are the jazz musicians who have also studied classical music, usually prior to shifting to jazz. Few, however, are those who have taken a Master's degree in jazz and then opted to study early music, a term that refers to European classical music dating roughly from the Medieval era, through the Renaissance and until the end of the Baroque period, marked by the death of Bach.