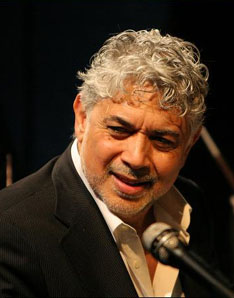 slideshow
Master pianist Monty Alexander leads a heartfelt exploration of two of his musical heroes. It was Frank Sinatra and pal Jilly Rizzo who first brought Alexander to New York while in his late teens. But prior to that adventure, as a boy in his native Jamaica, he listened to his parent's Nat King Cole records and saw him perform live. Alexander later went on to play on the classic tribute album Unforgettable. Vocalists James De Frances, a 21-year-old phenom, and veteran Allan Harris perform the respective roles of Sinatra and Cole. Special guests include guitarist Russell Malone and tenor saxophonist Houston Person.

All tickets can be purchased through jalc.org or CenterCharge at 212-721-6500, open daily from 10am to 9pm. Tickets can also be purchased at the Jazz at Lincoln Center Box Office, located on Broadway at 60th Street, ground floor. Box Office hours: Monday-Saturday from 10am to 6pm (or 30 minutes past curtain) and Sunday from noon to 6pm (or 30 minutes past curtain).