SOURCE: ALL ABOUT JAZZ PUBLICITY
April 15, 2018
Sign in to view read count 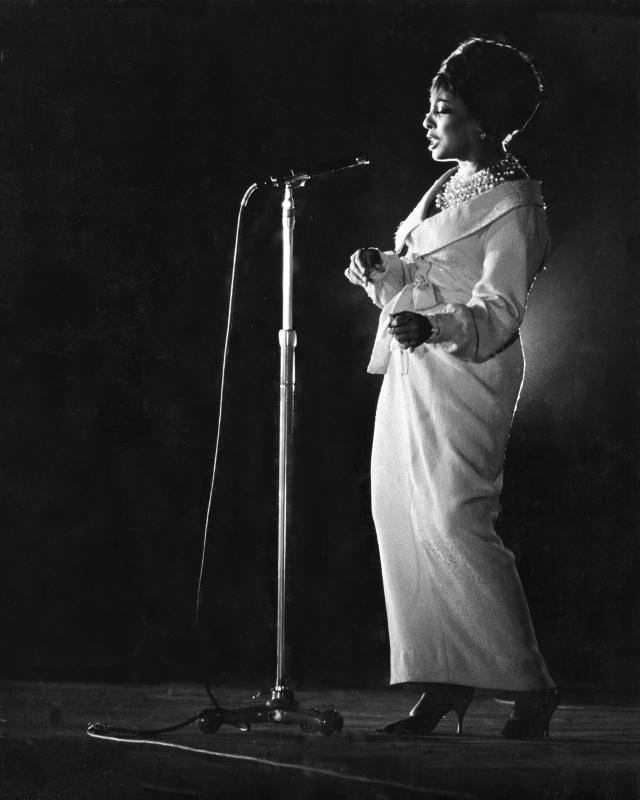 slideshow
The photo sat in an antique frame in the subject's guest room in Beverly Hills, California. Canadian author Robert Joseph Greene recalls how mesmerized he was by it. “The technique, the pose, and her whole persona. It really encompassed how I visualized my cousin singing," said Greene. Greene had just graduated from the University of San Francisco and was staying with his cousin while interning for Warner Bros.

His cousin was not just any singer, but the iconic American jazz vocalist and pianist, Carmen McRae. McRae, a winner of the National Endowment for Arts and Jazz Fellowship Award for Lifetime Achievement, was considered one of the greats along with Ella Fitzgerald, Sarah Vaughan and Billie Holiday.

The daughter of Jamaican immigrants, McRae studied classical piano as a child, worked with bandleaders Benny Carter and Count Basie in the '40s, and made her recording debut under her married name, Carmen Clarke, with Mercer Ellington's orchestra in 1946 and 1947. Signing with Decca Records, Carmen rose to stardom in the '50s and '60s, touring and gaining worldwide success—especially in Japan, where the music scene was heavily influenced by the US military presence during that time. Jazz music was lyrical, unique and did well in dance halls, which were growing in popularity as McRae arrived on the scene.

It was during one of these tours that McRae's manager at that time befriended a popular photographer among the jazz circuit named Katsuji Abe. Abe was in his thirties and gaining notoriety among jazz performers for his amazing photographs of touring artists, both performing and at play. 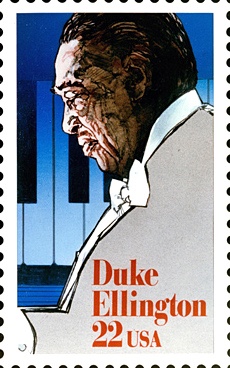 Abe became so successful in photography that he was soon able to parlay his passion into a full time career. His work was sought after by musicians and he produced photography for many album covers across several genres. He was most well-known for his love of capturing an artist in “their moment" of performance. His work was highly celebrated and his iconic photo of jazz legend Duke Ellington was even used as the basis for a commemorative stamp from the United States Postal Service in the 1980s.

Abe often showed his gratitude towards his subjects by gifting them their photos as a token of appreciation for allowing him to work with them. However, Greene was unaware of any of this when he inquired about the photo several decades later while having lunch with McRae. “She didn't remember the photo. I had to go down to the guest room and get it for her," Greene recalled.

“Oh that photo," McRae retorted. “No, I don't remember that concert, but I do remember that dress and that wig," she mused. She gave her young cousin the photo as a goodbye gift when he moved out and into his own place.

The last time Greene saw the photo was when he dug it out from a storage closet for a family reunion. Afterwards, back into storage it went, until he received an email in 2017 from a friend who was at an art gallery honoring Katsuji Abe in Tokyo, Japan.

The curator, who had photos of McRae taken by Abe on display, knew of an iconic photo taken but missing. Greene instinctively knew that the photo he possessed could very well be the missing photo. “It was way in the back of my storage closet and it took me forever to find it," said Greene. “When I was able to inspect it better, I found the imprinted name on the back: PHOTO/ KATSUJI ABE, Higashi-oizumi Cho Nerima-ku, Tokyo."

The photo was more than fifty-five years old and, although in good condition, needed retouch work.

“When I slid the photo from the sleeve, I found a badly damaged Kodak Tri-X negative that had broken into pieces," recalled Greene. He contacted the Association of Personal Photo Organizers (APPO) for help in the restoration of the photo and was put in touch with photo restoration expert Renee Grantham. Because the photo had become brittle with age, Grantham knew that it could be damaged during the scanning process.

Given the delicate state of the image, she engaged a Fujitsu ScanSnap SV600 overhead scanner for the task. Specializing in digitizing valuable and fragile documents without touching them, the SV600 produced a flawless re-creation that allowed Grantham to perform the touch-ups needed to restore the photo to its original luster. Greene will be working with the US Embassy in Japan to hand over the restored photo to the curator.

McRae died in 1994, followed by Abe in 2008. Greene hopes that the next exhibition of Abe's work comes to North America, so that the photo he so loved is debuted for all to witness the two great artists at their finest.