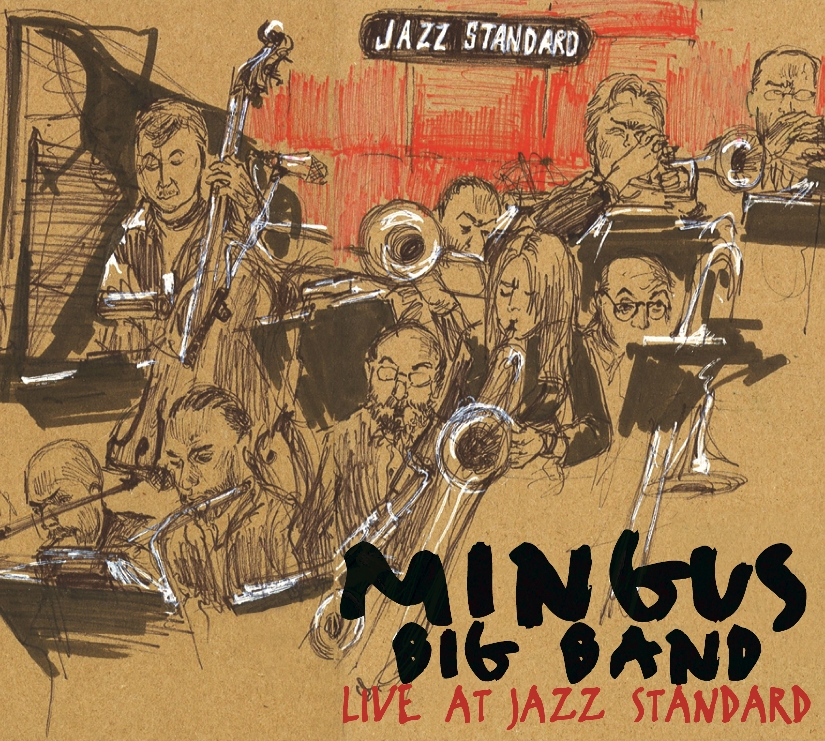 “Every tune a classic, every player a master, every tune sounding new, every player keeping the spirit of Charles Mingus alive and swinging!" --Michael Bourne, WBGO

“A spirited blend of the lush harmonies and boisterous blues sections, interwoven ensemble passages and sudden tempo shifts that made the late bassist Charles Mingus one of the most challenging and celebrated artists in jazz." --Los Angeles Times

“[the Big Band] is digging into the repertoire of Charles Mingus, playing old and new arrangements that capture the best parts of the Mingus legacy: the muscle, the affection for history, the willingness to take chances, the guts and soulfulness." --The New York Times

Following the 88th birthday of legendary bassist, composer and bandleader Charles Mingus (1922-1979), his spirit and repertoire is kept alive with the recent album release of Mingus Big Band Live at Jazz Standard. Recorded live at Jazz Standard on New Years Eve 2008 as part of a nationwide NPR-WBGO Toast of the Nation broadcast (and later enhanced during in-studio post-production), the CD celebrates some of Mingus best-known tunes from exactly 50 years ago.

Co-produced by Sue Mingus and Seth Abramson, Mingus Big Band Live at Jazz Standard marks the tenth Mingus Big Band recording, six of which have been nominated for Grammys. According to Sue Mingus, who produces Jazz Standards Mingus Mondays series, this recording embodies the essence of Mingus spirit from Goodbye Pork Pie Hat perhaps his best-known composition- to the rarely performed New Now Know How.

Were thrilled to be sharing what was an unprecedented and memorable night of music performed on our Jazz Standard stage, exclaims Seth Abramson, Artistic Director of Jazz Standard.

Mingus Big Band Live at Jazz Standard showcases swinging dance tunes, gospel hollers, church music, lush ballads and, of course, the blues. The opening track is a Charlie Parker tribute, Gunslinging Bird, followed by New Now Know How performed here for the first time since its original recording in a new arrangement by Sy Johnson. It features a trumpet battle between Kenny Rampton and Randy Brecker, who recorded with Mingus on his final album and has played in Mingus repertory bands since they began 30 years ago.

Performed back-to-back are two of Mingus preeminent compositions: Moanin, followed by probably the most covered Mingus tune, Goodbye Pork Pie Hat, an enduring classic written in honor of Lester Young. Ending New Years Eve at midnight before a celebratory crowd, and rounding out the album, is Song with Orange, in an arrangement by John Stubblefield, a former member of the Mingus Big Band who ignited Mingus music for over a decade.

The Mingus Big Band celebrates the music of composer/bassist Charles Mingus, who died in 1979. Under the artistic direction of Sue Mingus, this 14-piece band performed Thursday nights from 1991 to 2004 at Fez under Time Cafe in New York City. It maintained weekly residencies in the city from May 2004 until October 2008, when it began “Mingus Mondays" at Jazz Standard where it alternates with the Mingus Orchestra and Mingus Dynasty. The Mingus Big Band tours extensively in the United States and abroad, and has ten recordings to its credit, six of which have been nominated for Grammys.