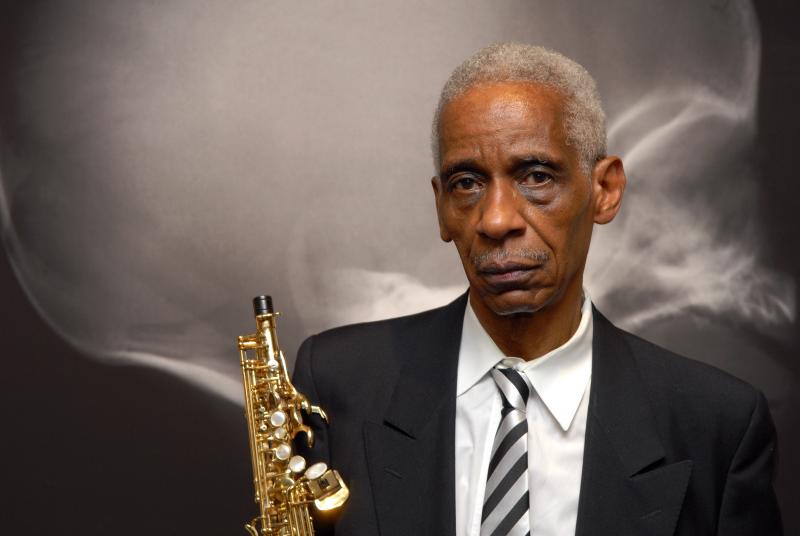 The Mills College Music Department is proud to present a concert of recent works by its Distinguished Darius Milhaud Professor of Music Roscoe Mitchell. Acclaimed for its academic excellence and innovation, the Music Department announces the West Coast orchestral premiere of the legendary artist's distinctive new compositions on Saturday, March 31, at 8:00 pm in the Jeannik Méquet Littlefield Concert Hall.

One of the most figurative musicians of our time, Mitchell has received worldwide acclaim for his path-breaking work as a multi-instrumentalist. Credited for reasserting the composer into what has traditionally been an improvisational form, Mitchell is an acknowledged leader in expanding the boundaries of traditional jazz. His unique musical style has placed him at the forefront of contemporary music for over 40 years.

Now, a whole new side of his iconic genius is revealed in this premiere performance of his contemporary classical compositions.

“Fans of the artist will recognize his unique voice in this exciting and diverse repertoire of music," said Professor of Music Chris Brown. “We are delighted to showcase this lesser-known side of his extraordinary talent in a concert devoted solely to his concert and symphonic works."

The program will include chamber works for string quartet, alto saxophone quartet, saxophone and piano, and percussion solo, as well as pieces for chamber orchestra with the acclaimed baritone Thomas Buckner. Buckner will perform in the world premiere of a piece based on the poem “Would You Wear My Eyes," composed by Mitchell in tribute to its author, the African-American Beat poet and surrealist Bob Kaufman.

Distinguished performers include percussion virtuoso William Winant and the James Fei Alto Saxophone Quartet. Winant and Fei are both Mills music professors. The Eclipse String Quartet, an all-female ensemble dedicated to the music of 20th century and present-day composers, will also be performing, as will Petr Kotik, conductor of the S.E.M. Ensemble's orchestra of New York.

Mitchell, who began his career in the 1960s in Chicago, is a founding member of the world-renowned Art Ensemble of Chicago, the Association for the Advancement of Creative Musicians, and the Trio Space.

About Music at Mills College

Steeped in a legacy of musical innovation that began in 1894, the Mills College Music Department has played a seminal role in experimental music. Internationally known in the field of contemporary music, its world-renowned faculty also occupy a unique, influential place in Bay Area culture. With a global reputation for educating musical pioneers, Mills professors and students have been at the forefront of creating cutting-edge music. The Music Department offers undergraduate degrees and three specialized graduate degrees.

Nestled in the foothills of Oakland, California, Mills College is a nationally renowned, independent liberal arts college offering a dynamic progressive education that fosters leadership, social responsibility, and creativity in approximately 950 undergraduate women and more than 600 graduate women and men. The College ranks as one of the Best 376 Colleges in the country and one of the greenest colleges in the nation by The Princeton Review. US News & World Report ranked Mills one of the top-tier regional universities in the country and lists it among the top colleges and universities in the West in the “Great Schools, Great Prices" category. For more information, visit www.mills.edu.