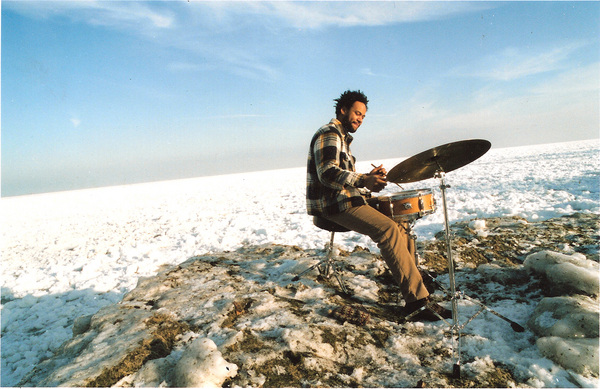 slideshow
The last tine in drummer Mike Reed's three-pronged exploration of Chicago jazz history, this disc is appropriately climactic in its inspired variation on the project's guiding theme. Reed conscripted three living legends with deep ties to the Windy City scene - trumpeter Art Hoyle, trombonist Julian Priester and multi-instrumentalist Ira Sullivan, heard solely on tenor - to augment his working quartet. Trombonist Jeb Bishop is also on board to further enliven the ensemble. The music was recorded in concert at Chicago's Millennium Park and the slightly washed out sound is side effect of those open air surroundings. Rather than hindering the performance though, it actually accords the music fidelity in common with the original recording circumstances of some of the chosen tunes.

Reed's canny arranging skills are at full muster on the five covers that complement three originals co-composed by altoist Greg Ward and dedicated to each of the venerable guests. Grand gestures and intimate moments abound. The variety imbued in the pieces is evident from the onset of “Song of a Star", a hardbop number originally composed by 50s altoist John Jenkins, where the horn section punctuates a solo by tenorist Tim Haldeman backed only by Reed's deft brushwork. The closing “Lost and Found" has a similar section where Reed's lively ride cymbal propels a stripped down swinging dialogue between Hoyle and Priester. Earlier in the fully-packed five-minute piece tenorist Tim Haldeman and Sullivan hearken back to the classic tenor jousts of yore, trading a spate of heated choruses. The clarity and touch of Reed's drumming here and throughout the set is comparably accomplished. Critic Larry Kart likens him to Dannie Richmond in the liners, and it's an astute analogue along with that of Max Roach or Shelly Manne in the way Reed's able to advance and enhance the action without overwhelming his colleagues from behind the kit.

Easily distinguishable from the younger, often-brasher Bishop in his gliding French horn-like tone and measured phrasing, Priester holds the spotlight on Reed's “Door #1" and his own “Urnack", a hard swinging burner that was a staple in the Sun Ra songbook of the mid-50s. The hungry octet also devours Ra's contemporaneous “El is a Sound of Joy", imbuing it with a Mingusian fervor in its final minutes. As with several other pieces, Reed affixes a fully-conceived preamble prior to the theme statement that primes both players and audience for the fireworks to follow. Jason Roebke is something of an unsung hero on the date, his vibrant bass lines covering the melodic, harmonic and rhythmic bases while retaining with a Ronnie Boykins-like bounce whether at an ambling walk or an expeditious sprint. As satisfying as the previous two entries in Reed's auspicious series are, it's this final one that earns the encomium pick of the three.