SOURCE: THE PHILLIPS AGENCY
May 2, 2014
Sign in to view read count 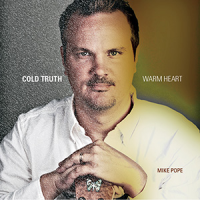 Set for May release on Nineteen-Eight Records, the 2014 offering establishes a new threshold of leadership for the virtuoso acoustic and electric bassist who has toured extensively with Chick Corea, David Sanborn, Al DiMeola and Bill Bruford, and recently, Joe Locke and Eldar Djangirov.

Pope’s 2002 album, The Lay of the Land, delivered contemporary straight-ahead jazz with help from stellar players Michael Brecker, Randy Brecker, John Patitucci, Jeff "Tain" Watts and others. Writing for All About Jazz, Alexander Stern called the disc “one of the most exciting new albums this reviewer has heard in a long time.” Ottawa Citizen noted Pope’s “jaw-dropping exuberance and precision.” Bass legend Victor Wooten said, “If I were going to study improvisation at this point, I’d do it with Mike Pope.”

Pope was raised in Bowling Green, Ohio by parents who were classical musicians and educators. At University of North Texas, he encountered saxophonist Michael Brecker who suggested he move to New York City. The young bassist was soon playing with Brecker, Blood, Sweat and Tears, Manhattan Transfer, and countless other jazz stars. Patitucci calls him “a musician of broad scope and tremendous talent. His virtuosity on electric and acoustic bass is rare even by today’s standards.”

While Pope continues to log thousands of miles touring internationally, his life has changed dramatically in recent years. He moved to Maryland and adopted a more anchored life that included marriage and children. He was also composing new music to share. In 2011, all that seemed in peril when he suffered a sudden stroke.

Says Pope, “Life can be cold, and the truth can be colder. I’ve learned that embracing life with a Warm Heart is the only answer for me. I’ve had to make some decisions about whether I was artistically ‘in or out.’ I’m in.”

This album is the first musical statement he’s made as a leader in a decade and reflects his commitment to seize the time. He documents this new season of his life with “some of the greatest musicians in the world on their respective instruments.” The new jazz includes rich melodies, lush chords, and sensual rhythms created by musicians of great technical and improvisational skill.

One of jazz's most important voices on the vibraphone today, {Joe Locke} is capable of stunning physical power and broad emotional range. Tenor saxophonist {Seamus Blake} is also featured along with drummer {Mauricio Zottarelli}, described as “Superb!” by Jazz Times. {Geoffrey Keezer} plays piano and Rhodes. Pope’s wife, Lydia Courtney, contributes on vibes to Track 6; pianist {Alan Blackman} appears on Track 7. “The new album,” says Pope, “was written for the players who were playing it.“ On most tunes, he establishes the subject matter and directs the conversation, leaving space for these world-class improvisers to do what they do.

Mike Pope composed title tune “Cold Truth, Warm Heart” in 2011, essentially by improvisation. He created the framework for the piece at the piano, then transcribed and refined it. He added a solo section with open chord changes to allow “breathing space” into which his band mates could infuse their own personalities. Blake, Keezer, Pope and Zottarelli do not disappoint.

Pope wastes no time getting funky. Track 2 is his composition “Shadow of a Doubt” and features the same ensemble. The rhythm players created the original groove to which Pope added bass line, chords and melody. Keezer’s (live) solo is unique—he simultaneously played on both acoustic piano and Fender Rhodes, with one hand on each instrument!

On Track 3 Pope presents a straight-ahead swinger in C-minor. “Bare Minimum” features Locke, Keezer, Pope and Zottarelli. There is nothing bare or minimal about the solos, beginning with Locke’s flying vibe mallets on the head and the first solo. Keezer and Pope take over with animated improvs. As the group trades eights, Zottarelli ups the ante with driving drum improvisation. The same team performs “Romance” on Track 4, giving it a Latin feel. Composed by Ukrainian composer Reinhold Gliere in 1907, it was adapted for jazz by Alan Blackman.

Pope graces Track 5 with jazz ballad “What I Meant to Say,” voicing a sentiment many wives would like to hear from their husbands. Pope composed the piece on piano. (A stellar improviser and fine pianist, he plays keys in research described in the November 2010 TED Talk, “Your Brain on Improv,” led by Charles Limb, M.D.)

“Out of the Ether” on Track 6 is an Afro-Cuban jam by Pope featuring Locke, Blake, Keezer, Pope and Zottarelli. The evocative introduction gives way to a livelier Afro-Cuban feel. Track 7, “Prelude in E minor, Op. 28, #4, was composed by Frederic Chopin in 1816. Pope’s affinity for classical music is evident. He presents the piece as a slow bossa, melding jazz and classical styles. Ral and Tonto on Track 8 is a 7/4 funk dedicated to guitarist Nicky Moroch and keyboardist Ricky Peterson who, with Pope, toured with David Sanborn. The energetic tune features Pope on electric bass and Keezer on Fender Rhodes.

The CD concludes with a jazz waltz on Track 9. Joe Locke composed “Dear Life” in 2004 in honor of his good friend, the late tenor saxophonist, Bob Berg, who died in a car accident. Locke, Blake, Keezer, Pope and Zottarelli bring passion to the lament.