Miguel Zenon Home in Two Traditions: Jazz and the Sounds of Puerto Rico 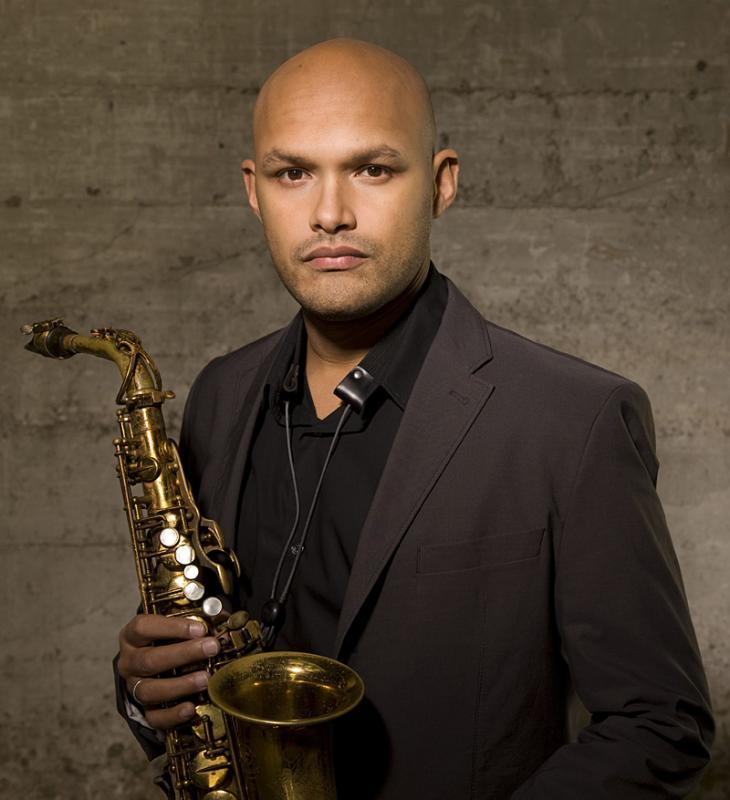 slideshow
When the jazz saxophonist and composer Miguel Zenon visits his native Puerto Rico to see his mother and other relatives every year around Christmastime, he rarely hears any jazz.

Instead hes surrounded by plena, a century-old Afro-Caribbean musical tradition, a kind of movable street-corner folksong. Plena is made with three different-size panderos (like tambourines without the cymbals) and voices singing about island myths and scandals, cultural identity, political reality, love and plena itself.

Its really common, he said in an interview last week in Washington Heights, where Mr. Zenon, 31, now lives with his wife, Elga Castro, a Ph.D. candidate in political science at the New School. And its so simple that you find it at a basketball game, at church anywhere.

Panderos are easily portable, as opposed to the barrel-shaped drums used in bomba, another island music. And the four-beat plena rhythm has also been part of the holiday-season ritual of parranda, which is akin to Christmas caroling: surprise late-night musical visits to the neighbors.

Part of the jazz tradition is using whatevers in front of you, and Mr. Zenon, a New Yorker since 1999, has done this before. His album Jbaro (Marsalis Music), from 2005, dealt with the song form of Puerto Rican back-country troubadours, and it had a preoccupation with numbers, particularly in the dcima, a 10-line stanza with specific rhyme schemes.

Jbaro threads Puerto Rican folklore through small-group jazz played at a high level, led by Mr. Zenon's limpid and graceful alto saxophone sound. The album helped establish Mr. Zenn as one of the important contemporary revisers of Latin jazz and spread his reputation for delivering excellent music from a complicated premise, a reputation that reached the secret committees of the MacArthur Foundation, which awarded him one of its $500,000 genius grants in September.

This year Mr. Zenn also received a Guggenheim research grant and took a long fact-finding trip back to Puerto Rico. To ask for introductions to the living plena masters, he sought out Hector (Tito) Matos, a plena practitioner who has played with the long-running New York band Los Pleneros de la 21, as well as his own group, Viento de Agua.

Mr. Matos pointed him toward historians and older musicians like Modesto Cepeda and Ismael (Cocolai) Rivera so that Mr. Zenon could understand the musics origins and functions. He learned about the subtle differences, for instance, between the San Juan-style use of the open hand on the pandero and the slower-tempo punta de clavo fingertip style of Mayagez.

An insight from Ramn Lpez, an ethnomusicologist who has written about plena, helped Mr. Zenon with his work. He said something to me about how the moment you put plena onstage, its not the real thing anymore, Mr. Zenn said. So he told me not to worry about it, because its already different from what its supposed to be.

Mr. Matos said: That he decided to focus on plena for a whole recording and a whole research project, that surprised me right away. Its very important what Miguel is doing, to open the music we play to more ears around the world.