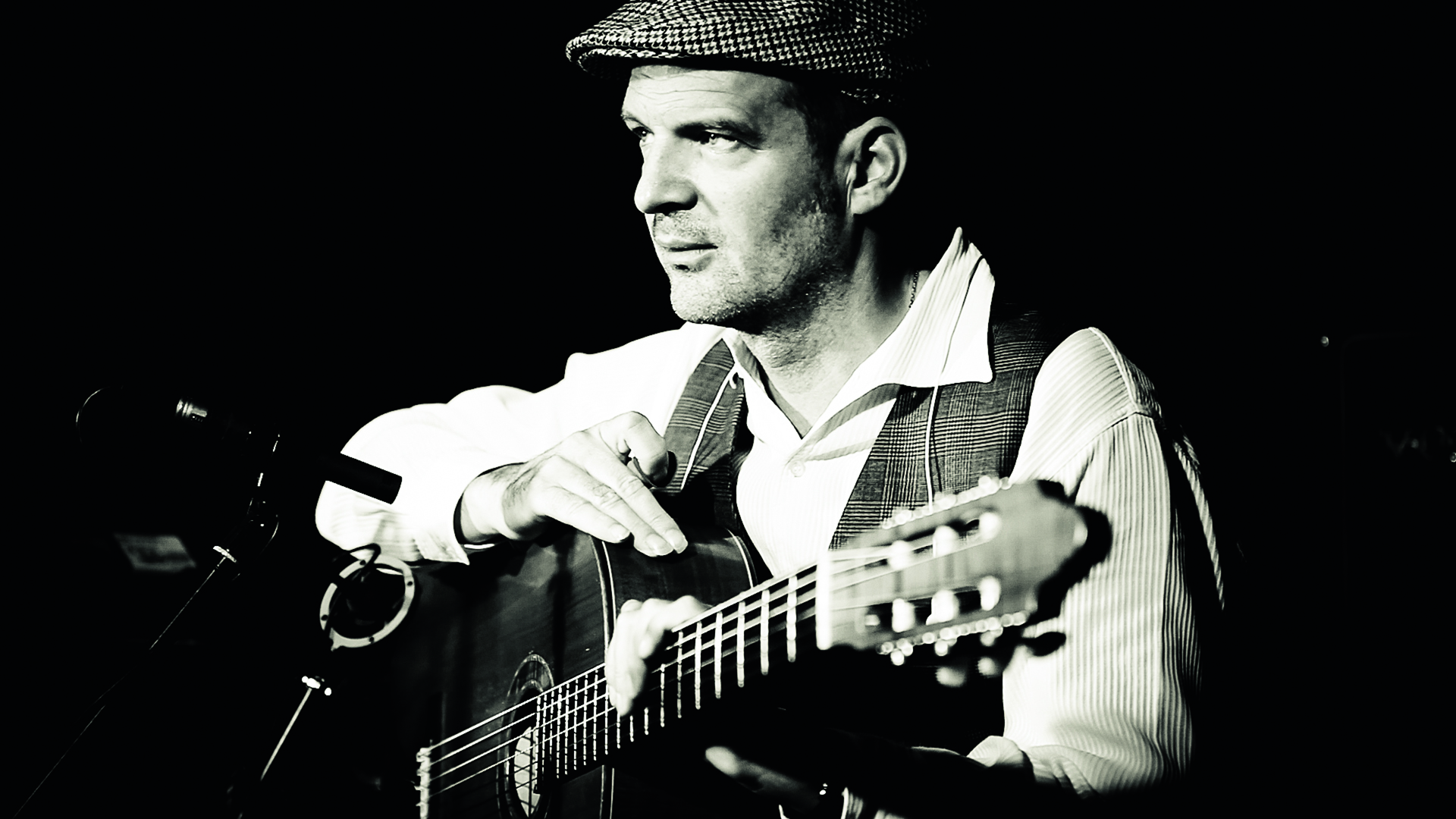 slideshow
"Mick Goodrick and Wolfgang Muthspiel have given us a map of the world on the guitar. The guitar fretboard is vexing terrain. Unlike the piano fingerboard, which proceeds with relentless logic from the lowest note on the left to the highest on the right, the fretboard has a geometry all its own.

Exploring the possibilities of the guitar involves endless stumbling into cul-de-sacs; combinations and series of notes easily realized on the piano simply can't be done, but there are special possibilities lurking within the maze of fretting options if you're willing to contort your left hand in wildly improbable ways.

This recording presents us with the most advanced research into the unique possibilities hiding in plain sight on the guitar's neck. Nobody has confronted this instrument as fearlessly and doggedly as Mick, and nobody has run with what Mick has learned and taught further than Wolfgang. It's clear they enjoy each other greatly, and this joy radiates from the music they make. They've taken what they know with them onto the bandstand and then, fortunately, just let it rip. What results is music for four hands of the highest order."
-- Steve Swallow, 2009

At the age of 20 Wolfgang Muthspiel sent a recording to Mick Goodrick in order to study with him at the New England Conservatory in Boston, Massachusetts. Mick arranged a scholarship and Wolfgang made his first trip across the Atlantic Ocean.

Goodrick is probably the most influential guitar teacher in Jazz. Among his pupils were Pat Metheny, John Scofield and Bill Frisell. His books about the possibilities on the guitar are classics, and his knowledge of the fret board and its challenges is legendary.

After a year of study the two guitarists began performing as a Duo in the Boston area. “The Duo with Mick had a special sound from the very beginning," says Muthspiel, “it was more about a joint research in realtime over the harmonic and rhythmic possibilities of a piece. The usual roles of soloing and accompanying were dissolved, our lines and chords were interlocking."

Goodrick became a big supporter of Muthspiel, recommending him to other musicians like Gary Burton and Paul Motian. Muthspiel dedicated his first recordings to him. “Mick was my ideal teacher and I was his ideal student. But when we performed together, that teacher/student-dynamic gave way to real interaction."

This album contains 45 minutes of one concert at the Jazz Standard, which was part of the New York Guitar Festival in January 2008. “This recording is overdue for me," says Muthspiel, “I always wanted to document our Duo, with its hermetical beauty. We had live recordings of it back then, but they did not have the sound quality we wanted. Now, 20 years later, we have done it."