Michel Maurer releases 'The Shape Of Noon' on Outside In Music

SOURCE: OUTSIDE IN MUSIC
August 24, 2019
Sign in to view read count

With Maurer’s diverse musical background and his band Meridian’s direct and unedited style, 'The Shape of Noon' alludes to the future shape of jazz to come. 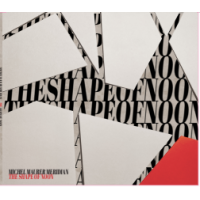 slideshow
Michel Maurer’s debut jazz album as a leader The Shape of Noon captures his ensemble Meridian in peak form while also commanding the listener’s attention through a pure uncomplicated sound and intriguing shapes.

Maurer’s compositions are influenced by shapes, colors, textures and reflect a natural compositional style. In addition to the clear musical imagery, the song titles themselves beckon a thought provoking imagery of the shapes and stories behind each track. Maurer explains that “one cannot see music when listening, the way each title is written adds a visual element that the audience and artists themselves can imagine.”

With Maurer’s diverse musical background and the band’s direct and unedited style, the title of the album alludes to the future shapes of jazz to come. The personnel of the album consists of his ensemble Meridian: Alex Levine on Guitar, Ben Rolston on Double Bass, and Peyton Pleninger on Tenor Saxophone. Collaboration was key to the album, with each artist bringing their unique experience with jazz and improvised music.

The music draws on a balance of improvisational freedom and counterpoint. On several compositions, the band took an unconventional approach to internalizing the music. Instead of the ensemble members reading preconceived orchestrations, Maurer had each member learn all of the parts, to enable a deeper and more complete understanding of the composition. This level of detailed rehearsal allowed for the freedom of expression that is evident throughout the album.

Maurer accounts, “The choice to play and record with Alex, Ben and Peyton is the first sound related choice I made. They all have a sound that is pure, very human and that makes their playing effective and beautiful... our four voices blend together and speak honestly.” Keeping in line with the vision of an authentic and clean sound, five out of the seven songs on the album were done with a single take without any edits. Even throughout the mixing and mastering process minimal effects were used, always staying true to creating as acoustic and live performance as possible. On this choice Maurer reflects “Of course some tracks have imperfections, but it’s honest, it’s us, and that’s what I wanted because I believe this is how we can touch the listeners more deeply.” The Shape of Noon releases on NextLevel on October 4th, 2019.

Drummer, composer and educator Michel Maurer's musical roots are multiple and varied. Earlier in his career he was performing within the European improvised music and metal scene simultaneously, involved in the Swiss and Canadian punk rock scene for ten years and the Francophone electro-pop scene, constantly crossing continents and music styles. Born in Geneva, Switzerland, Michel Maurer moved to New York City in 2013 where he created the Michel Maurer Trio, focusing and expanding his art in jazz and creative music as a drummer, composer and band leader.

About Outside in Music

Outside in Music is a record label and media company that exists to serve musicians. We are a community that strives to lift its artists above the noise of the 21st-century music industry and make music that expresses the sounds of today's wide-ranging jazz and creative music scene. NEXTLEVEL is an imprint of Outside in Music, dedicated to early career and first time bandleaders seeking to make an impact on the music.