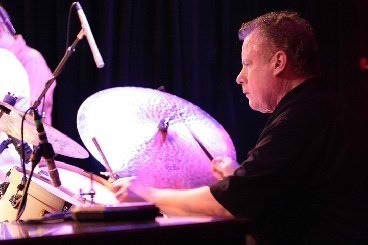 slideshow
Drummer Michael Shrieve and his group Spellbinder resume their Monday night residency at White Rabbit, which is the new club in the space formerly occupied by Tost.

Also, Shrieve was recently voted the the #10 Drummer of All Time by the readers of Rolling Stone magazine.

10. Michael Shrieve
The musical highlight of the original Woodstock concert in 1969 may well be Santana's 10-minute performance of “Soul Sacrifice." Drummer Michael Shrieve holds the whole thing together, and Santana was never quite the same after he left in 1974. Since then he's worked with Sammy Hagar, Todd Rundgren and many others&#151but he remains best-known for Santana. Fans long for his return to the group, but earlier this year Carlos Santana married his current drummer Cindy Blackman, making Shrieve's return even more unlikely than before.