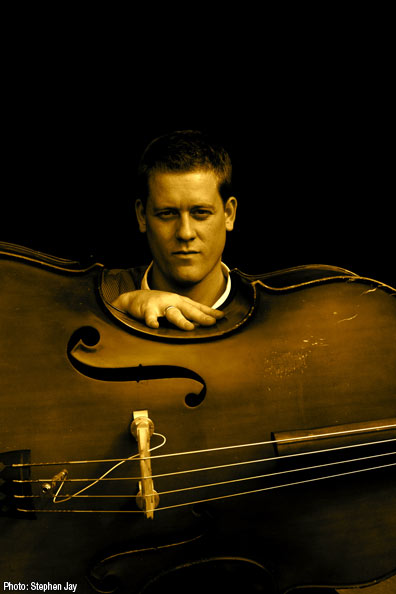 slideshow
Acoustic Bassist and Whirlwind Recordings label boss Michael Janisch has just been awarded a prestigious Touring Grant by the Arts Council England for his major April 2012 UK tour featuring three marquee New York based musicians in saxophonist Tim Armacost (Jeff 'Tain' Watts, Tom Harrell), pianist David Berkman (Joe Lovano, Brian Blade) and drummer Gene Jackson (Herbie Hancock, Dave Holland), collectively known as the New York Standards Quartet. The tour takes place from the 7th-23rd of April and will see the super group performing to an anticipated 5,000 concert goers, teaching to over 400 masterclass participants, and racking up an anticipated 4,000 + miles on the road (official figures from the grant proposal). The generous touring grant helps cover all associated touring expenses including logistics and marketing. Says Mr Janisch— “I'm elated to receive this amazing grant and am so thankful that an organization like the Arts Council England exists to promote such a diverse array of music around the UK. It's really a credit to this country as a whole to place such an emphasis on the Arts, and I personally have not seen an organization anywhere in the world who funds creative musicians on the scale and in the numbers than that of the Arts Council England."

The official title of the tour is Michael Janisch and the New York Standards Quartet which features the above mentioned New Yorkers and special guest leader for this tour is Janisch himself. The band will be headlining festivals and performing at Arts Centers and Theaters, Jazz Clubs, and Jazz Societies. This will be the first time the NYSQ hits the UK shores. Check michaeljanisch.com for more information on dates, or check the Events section at whirlwindrecordings.com. The official NYSQ website is nysq.org. Janisch will also have copies of his debut album 'Purpose Built' for sale on this tour. Don't miss this rare opportunity to see these four improvising giants in action at venues near you! Here's the list of dates that are available to the public (some of the masterclasses take place in private institutions).