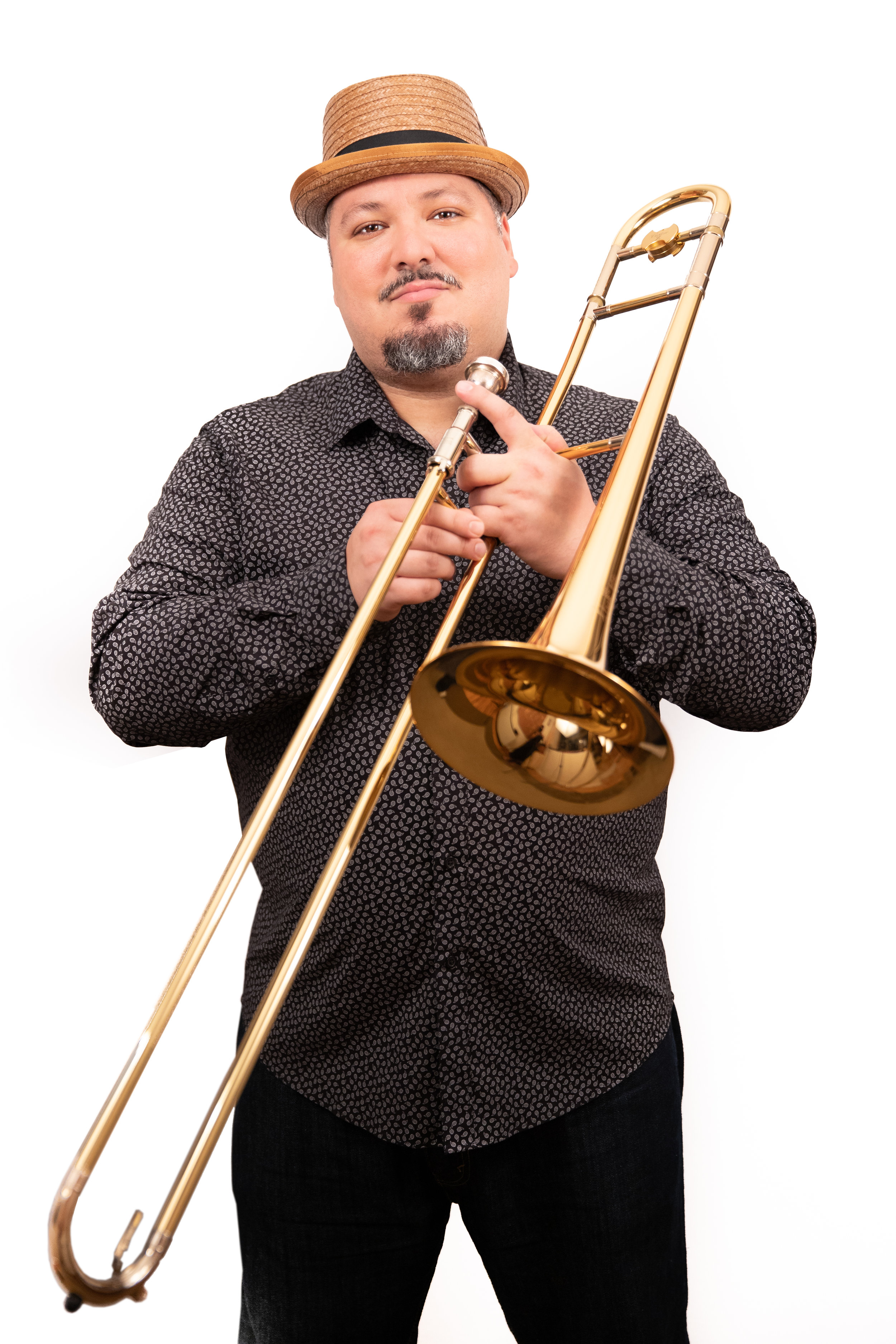 Curtis Fuller, one of the greatest living trombone players of all time declared “I predict that Michael Dease will become one of the world's great trombone masters." And when you hear Dease's fluid, lush style, it's not hard to see the young phenom as the legitimate successor to Fuller.

Yet, Dease, who will turn 28 later this month, has a biography that says “potential realized." A masters degree in jazz performance from Julliard and multiple winner of various prestigious trombone competitions, Dease has worked with too many of jazz' leading lights to fit in this space, but Herbie Hancock, Wynton Marsalis, Illinois Jacquet, Charles Tolliver and Slide Hampton are just some of them. He has also recorded for Paul Simon and participated in a Grammy-winning track, Alicia Keys' “Superwoman. As a composer, he was good enough to win the ASCAP Young Composer Award. He's also proven himself as a producer, such as for the Thomas Barber's Janus Bloc album Snow Road and the wonderful debut by his wife Sharel Cassity called Just For You. On top of all this, Dease lectures at two universities, and launched his own record label, D Clef Records a couple of years ago.

Back in June, Dease also launched his third record as a leader, Grace. Produced by his friend and mentor John Lee, Dease brought in the talent to match his own: the rhythm section consists of Cyrus Chestnut on piano, the eminent Rufus Reid on bass and Gene Jackson on drums. And then there are his special guests: Roy Hargrove, Claudio Roditi, Eric Alexander, Mark Whitfield, Cassity, and several others. Ain't no slackers on this record.

For Grace, Dease serves up a program of some smartly chosen covers that say a lot about his deep understanding of good jazz compositions of both the standard and the deep cut varieties. His execution of these tunes says even more of his mastery of them. His strong melodic tendencies come out on the Jobim song “Discussao," and the combination of his trombone with Roditi's flugelhorn only highlights the sensitivity Dease puts in his horn that rivals that of the warm, inviting flugelhorn, even what it's performed by a master at that instrument such as Roditi. Dease's control is evident on McCoy Tyner's “Blues On The Corner" in the effortless way he roll his notes in the chorus and tackles the blues form like a real pro in his solo. Alexander, who is one of the champions of Blue Note-type jazz like this, follows with a commendable solo of his own.
Randy Brecker's “commune with nature" tune from 2001 “I Talk To The Tree" and with the help of Roger Squittero & Circle Rhythm gave it an African feel where his trombone isn't that that far from the island dialect of Steve Turre. Miles Davis' “Four" is a well-covered tune, but Dease slows it down and demonstrates how well it works as a ballad. That tender tenor sax you hear just before Hargrove's flugelhorn is Dease, who grew up learning to be a saxophonist before switching to trombone his senior year in high school.

One of Dease's many strengths as a trombone player is his ability to sail through all the quicksilver changes of the most challenging bop tunes, like “Cherokee." He does just that with amazing accuracy on Oscar Peterson's “Tippin.'" That's followed by a terrific display of his mellower side on Ivan Lins' “Setembro," which also features Rotini again, and Cassity on alto sax and flute (Lins is revisited later on with “Love Dance"). Coltrane's “26-2" is one of his more obscure songs (a bonus track on Coltrane's Sound), but Dease turns it into a showcase for his trombone version of “sheets of sound." Hancock's urbane “Toys" is given a fine arrangement by Dease and Lee, utilizing well Hargrove's flugelhorn and Cassity's flute on the intricate theme.

“Grace" is the lone composition Dease contributes to his album of the same name, a tune that presents a sophisticated post-bop melody and two rhythmic patterns, as well as another occasion for Dease and Roditi's horns to interact with other. Milton Nascimento's breezy “Salt Song" closes out the album, and Dease once again briefly switches to saxophone, this time a soprano sax.

For a talent who Jimmy Heath calls “one of the New Giants of the trombone," you'd expect him to find his footing by the third album, but Dease goes beyond doing merely that on Grace. It's very telling that he can bring in big time players on his record and still maintain his identity to keep it very much his record. From the days of Jack Teagarden, the trombone has always had a key figure who proves the vitality of it in jazz, and Michael Dease now carries that torch lit by Teagarden, and passed along through J.J. Johnson Kai Winding and Fuller. On Grace, the flame burns brightly.