Michael A. Nutter, Mayor of Philadelphia, to Give Keynote Address at the Jazz Connect Conference at APAP|NYC 2013

SOURCE: ALL ABOUT JAZZ PUBLICITY
December 13, 2012
Sign in to view read count 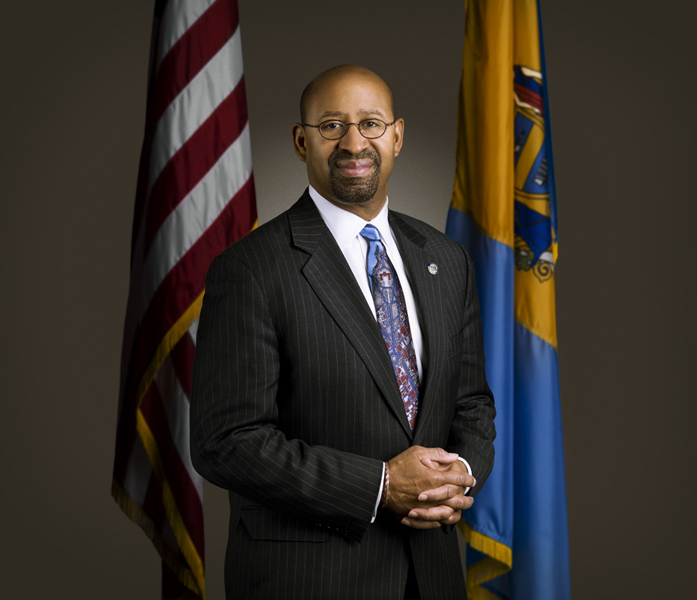 Conference on January 10-11, 2013 to address important issues and trends in the jazz community

The Jazz Connect Conference at APAP|NYC 2013, organized by JazzTimes in conjunction with the Jazz Forward Coalition, announced today that the Honorable Michael A. Nutter, the Mayor of Philadelphia and President of the United States Conference of Mayors (USCM), will give the keynote address on Thursday, January 10 at 12 noon EST.

In June 2012, Mayor Nutter became President of the USCM, which is the official non-partisan organization of almost 1,300 U.S. cities with populations of 30,000 or more. Recently re-elected to his second term as Mayor of his hometown, Nutter has provided outstanding leadership in promoting jazz in the City of Philadelphia, in the creation of the Philly Jazz Society and as President of USCM for its support of International Jazz Day (April 30), which is the culmination of Jazz Appreciation Month (JAM). Jazz has empowered cities like Philadelphia to preserve the original art form and the promotion of using jazz as a key generator of the cultural economy.

The Jazz Connect Conference will be held January 10-11, 2013 at the Hilton New York in New York City under the umbrella of the annual APAP (Association of Performing Arts Presenters) Conference. The conference will feature a series of workshops, panels and events over the course of two days. Registration is free, but attendees must pre-register here.

Immediately after Mayor Nutter’s address, a succession of jazz professionals will do short TED-talk like presentations about how jazz serves as a catalyst for connecting with the larger community. Among those presenters are Tom Carter, Jeff Myers, Arturo O’Farrill and Melissa Walker.

For the final plenary session “Everyone Has a Voice” on Friday, January 11 at 1:30 pm, the Jazz Connect Conference is seeking fresh and innovative ideas that will mobilize and inspire the jazz community in the world at large. Interested parties should e-mail their ideas to jazzconnectnyc@gmail.com with subject line “Fresh Ideas” and with three to four sentences as a quick pitch for 90-second presentation at the town hall meeting. This will be a rapid-fire idea exchange to energize and stimulate the room.

The Jazz Connect schedule features 12 workshops and 4 plenary sessions, on topics such as: “The Truth About Jazz Radio”; “Cutting Through the Clutter”; “Youtube, Vimeo & You”; “Produce Yourself”; “The 21st Century Jazz Tour”; “Twitter, Facebook, Tumblr & Beyond”; and other timely and engaging subjects. Moderators and panelists include a wide cross-section of notable artists and professionals, from inside and outside the world of jazz. The schedule includes one session topic suggested by the jazz community at large and a workshop on the pros and cons of streaming music was chosen from the many topics submitted by jazz artists and professionals.

In addition, Jazz Connect has partnered with the Jazz Education Network (JEN) whose conference focused on jazz education will take place the week before in Atlanta at the Hyatt Regency Hotel on January 2-5. JEN will sponsor a workshop at Jazz Connect about the importance of mentoring in jazz and, in turn, Jazz Connect will present a workshop at the JEN Conference on how jazz education programs can or should prepare students for professional life after graduation.

Immediately after the Jazz Connect Conference ends on Friday afternoon, the APAP|NYC conference, which involves a separate paid registration, begins at 5 pm. In addition, Jazz Connect participants are encouraged to attend Winter Jazzfest, which features showcase performances by emerging and established jazz artists at numerous Village venues on Friday and Saturday nights.

About Mayor Michael A. Nutter

Recently re-elected to his second term as Mayor of his hometown, Michael A. Nutter has set an aggressive agenda for America’s fifth largest city – devising the City’s innovative school reform strategy, vowing to strengthen community policing through Philly Rising, a unique partnership between vulnerable neighborhoods and the City, and continuing to implement the nationally recognized GreenWorks Philadelphia initiative that is helping to make the City of Philadelphia become the greenest city in America.

Since taking office in January 2008, Michael Nutter has vigorously managed city government through the worst recession since the Great Depression by maintaining core services and reducing the City’s spending – most notably closing a $2.4 billion gap in Philadelphia’s five year plan without compromising a single police officer, fire fighter, sanitation, or health center worker.

In June 2012, Mayor Nutter became President of the United States Conference of Mayors, which is the official non-partisan organization of almost 1,300 U.S. cities with populations of 30,000 or more. As President, Mayor Nutter represents the Conference by promoting the development of effective national urban/ suburban policy; strengthening federal-city relationships; and ensuring that federal policy meets urban needs.

Born in Philadelphia and educated at the Wharton School at the University of Pennsylvania, Michael Nutter has been committed to public service since his youth in West Philadelphia. He served almost 15 years on the Philadelphia City Council, earning the reputation of a reformer, before his election as Mayor of Philadelphia. He is happily married to his wife Lisa, and a proud parent to Christian and Olivia.