SOURCE: ALL ABOUT JAZZ PUBLICITY
July 16, 2016
Sign in to view read count 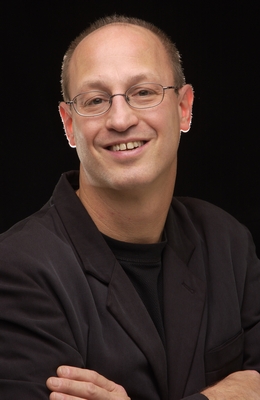 The JAZZ ROOTS annual six-part concert series held at the Adrienne Arsht Center for The Performing Arts, has become a musical institution in the jazz world often credited with helping to revitalize, nurture and spur the expansion of Jazz music in the south Florida area and beyond. Created in 2008 by the Center and co-founder Larry Rosen, musician, producer and industry entrepreneur, who passed away in 2015, the series is known for presenting a variety of rich musical experiences presenting legendary artists and large ensembles as well as introducing Miami audiences to the latest talents on the jazz landscape. An important feature of the series is, JAZZ ROOTS: Sound Check offering an in-depth educational partnership with Miami-Dade County Public Schools, which to date has brought more than 8,000 high school students to the Center for a complimentary behind-the-scene experiences.

Taking the helm of JAZZ ROOTS for the late Rosen, is his long-time friend and Dean of the University of Miami's Frost School of Music, pianist and educator Shelly Berg. Often collaborating with Rosen on the series, Berg was instrumental in presenting the university's fifty-piece Henry Mancini Institute Orchestra as a supporting annual feature in the concert series. One of the foremost pianists on the jazz scene today with an impressive discography, Shelly Berg is a leader at the University of Miami, a leader in the jazz world and now, the new leader of Miami's Arsht Center JAZZ ROOTS Concert series assuring the continuation of the same great jazz musical experiences that has made this series, one of the premier concert events in the country.

This year, JAZZ ROOTS enters its ninth year of performances gearing up to offer the same type of exciting, innovative and creative jazz forum that these events have been known for in the past. Accordingly, the 2016-2017 series will kick off with a celebration of the Arsht Center's 10th anniversary as well as a special tribute to the late Larry Rosen. The six- concert series, which begins November 4th, will offer an all-star group of musicians from Dave Grusin, Dave Koz, Jonathan Butler, Chick Corea and Gonzalo Rubalcaba to Kurt Elling, Wynton Marsalis, Brandford Marsalis and more.

The ninth season kicks off with a very special evening in tribute to the legendary co-founder of JAZZ ROOTS and GRP Records-Larry Rosen, who passed away in October 2015. Multiple GRAMMY and Academy Award-winning musician, composer and producer, Dave Grusin, a longtime collaborator of Rosen's with whom he founded GRP Records, will be joined by the Frost School of Music's Henry Mancini Orchestra and a star-studded cast to celebrate Rosen's extraordinary musical accomplishments spanning over 35 years, which earned 33 GRAMMY Awards, 80 GRAMMY nominations and numerous other prestigious honors.

Nine-time GRAMMY nominee and saxophonist extraordinaire Dave Koz and a trio of special guests—Jonathan Butler, Kenny Lattimore and Ashford and Simpson's Valerie Simpson will capture the magic of Christmas in the 19th anniversary edition of Koz's holiday tour. Koz, who has charted nine number one albums on Billboard's Current Contemporary Jazz Album chart and has released five holiday albums, has assembled another stellar lineup for 2016. The irrepressible Jonathan Butler, an “alumni" of the tour, has earned accolades in the R&B, contemporary jazz and gospel fields and recently released a new studio album entitled Free. GRAMMY-nominated singer/songwriter Kenny Lattimore, hailed by The New York Times as a “modern soul man," has released seven solo albums, including his latest, Anatomy of a Love Song. Acclaimed vocalist Valerie Simpson co-wrote such classic hits as “Ain't No Mountain High Enough," “You're All I Need to Get by," “Reach Out and Touch Somebody's Hand" and “Ain't Nothing Like the Real Thing" as half of the songwriting/performing/producing entity Ashford and Simpson. She recently released a new solo album, Dinosaurs Are Coming Back Again. Together these four remarkable artists will put fresh spins on holiday classics as well as other selections that beautifully capture the spirit of the season.

Joining forces for this extraordinary evening are two piano titans who hail from different eras: music icon Chick Corea and one of the new masters of jazz piano, Gonzalo Rubalcaba. Keyboardist, composer and bandleader Chick Corea is a DownBeat Hall of Famer and NEA Jazz Master, as well as the fourth most nominated artist in GRAMMY history with 63 nominations and 22 wins, in addition to a number of Latin GRAMMYS. From straight-ahead to avant-garde, bebop to jazz-rock fusion, children's songs to chamber and symphonic works, Corea has touched an astonishing number of musical bases in his illustrious career while maintaining a standard of excellence that is awe-inspiring. GRAMMY and multiple Latin GRAMMY- winning pianist/composer Gonzalo Rubalcaba is considered one of the new masters of modern jazz piano. He has built a career, and with it, a musical bridge, to span the rich musical traditions of his native Cuba with North American jazz and has been described by The New York Times as “one of the greatest musicians in jazz and a pianist of super-natural abilities." Rubalcaba was commissioned by the Arsht Center for its 10th anniversary season to create a new work fusing Cuban and flamenco sounds. The piece celebrated its world premiere in March 2016.

For their Arsht Center debut, the 3-time GRAMMY Award-winning Branford Marsalis Quartet will be joined by guest vocalist and GRAMMY Award winner Kurt Elling in a singular collaboration of musical forces. The tight-knit working band featuring Marsalis on saxophones, Joey Calderazzo on piano, Eric Revis on bass, and Justin Faulkner on drums rarely invites other musicians into the fold of their nearly telepathically cohesive unit. Elling's deep jazz vocabulary, technical versatility, and outstanding intonation will enable the band to perform a variety of material in new ways. Opening for the quartet will be jazz vocalist, composer and Miami native, Carmen Lundy who is hailed by The Evening Standard as “a genuine jazz singer."

When the music of Ma Rainey meets Miles Davis, expect the realms of blues and jazz to be out of this world. Originally developed for and performed at Jazz at Lincoln Center this past season, renowned blues-rock guitarist, 2016 Rock and Roll Hall of Fame inductee, and life-long jazz fan Steve Miller hosts a wide-ranging musical revue with special guests Jimmie Vaughan on guitar, Mike Flanigin on the Hammond B3 organ and JAZZ ROOTS artistic advisor Shelly Berg on piano. Joined by the Henry Mancini Institute Big Band they will take a Blues Journey from Ma Rainey to Miles Davis.