Meet Composer Graham Collier on the AAJ Bulletin Board

SOURCE: ALL ABOUT JAZZ PUBLICITY
May 16, 2007
Sign in to view read count 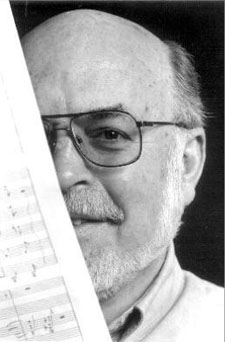 slideshow
Legendary composer Graham Collier is making a guest appearance on the AAJ Bulletin Board for a limited time. To meet Graham, ask him a question, or simply follow the discussion thread, click here.

Graham Collier's career spans four decades of innovation at the forefront of British jazz. He was the first British graduate of the Berklee School of Jazz, Boston, and the first British jazz composer to receive a commission from the Arts Council. During this time composition, conducting, education and journalism have taken him around the world. ArmyBass

He was born in Tynemouth, England, in 1937. On leaving school he joined the British Army as a musician, spending three years in Hong Kong. He subsequently won a down beat magazine scholarship to the Berklee School of Music in Boston, studying with Herb Pomeroy and becoming its first British graduate in 1963.

In 1984, he formed a workshop big band, Loose Tubes, inspired by his concern that young musicians in England weren't getting efficient big band exposure. This multifaceted orchestra was to produce such talents as Julian Arguelles, Django Bates and Eddie Parker.

He has written for ensembles ranging from wind quartets to symphony orchestras and big bands such as the Danish Radio Jazz Orchestra and the NDR Big Band. Over a career spanning more than forty years, his list of compositions and commissions has grown to encompass ensembles and arts bodies around the world.

He has released 18 albums and CDs of his own, as well as being part of compilations from such as Gilles Peterson, Babyshambles and Masanori Morita. He has also contributed to recordings by artists ranging from Ted Curson to Tom Robinson.

His latest group is the ad hoc big band The Jazz Ensemble - the italics stress an improvising factor Collier feels has been mislaid by certain superstars and didacts in the field - featuring a roster of regular collaborators, guests from Europe and America, and up-and-coming stars of the European jazz scene. The Jazz Ensemble has recorded two critically acclaimed CDs, Charles River Fragments and The Third Colour.

He has also worked in a wide range of other media: on stage plays and musicals, on documentary and fiction film, and on a variety of radio drama productions, including a highly-praised version of Josef Skvorecky's novella, The Bass Saxophone, which won a Sony Radio Award, and an adaptation of Malcolm Lowry's novel, Under the Volcano. CopenhagenTalk He is equally well-known as an author and educator, having written six books on jazz, jazz history, compositional technique and education - the latest of which, Interaction, Opening Up the Jazz Ensemble, was published in 1995 to fulsome praise in the jazz press.

In the early 1980s, he developed the six-year jazz degree course still running at the Sibelius Institute in Helsinki, Finland. In 1989, he launched the Royal Academy of Music's jazz course; the first graduates for the course got their degrees in 1989 and he remained artistic director for ten years, until resigning in 1999.

He has also taught seminars, lectures and workshops throughout Europe, North America, Canada, Australia, New Zealand and the Far East.

In 1989, he was among the group of international jazz educators who formed the International Association of Schools of Jazz. He was Secretary of the IASJ's Daily Board for nine years, and in 1994 his Winston Churchill Fellowship report on “Jazz Education in America" initiated the IASJ journal, Jazz Changes.

He was awarded the Order of the British Empire (OBE) by Queen Elizabeth II in 1987. He left his full- time post as artistic director of the jazz course at the Royal Academy in 1999 to concentrate on composition. He currently lives in the mountains of Andalucia, southern Spain, where he continues to compose, traveling from there to present concerts and workshops around the world. He has just completed his 'life time project', The Jazz Composer, moving music off the paper a book on the philosophy of jazz composition, and the general misuse of the term. 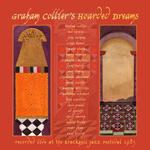