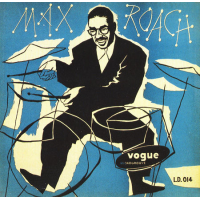 slideshow
Modern jazz survived and flourished in the 1950s largely because many gifted artists didn't sell out. Imagine what would have happened if Clifford Brown, Sonny Rollins, John Coltrane, Miles Davis and Bill Evans decided to open music stores or take jobs at universities rather than tour and record? Or if artists like Max Roach, Jimmy Cleveland, Monk Montgomery and Gigi Gryce had chosen to record R&B singles instead of jazz albums.

Actually, the latter hypothetical did take place in 1953. With time to kill between jazz recording sessions in the slow, hot month of August, the jazz musicians listed and others agreed to blow on an R&B date for the Okeh label led by Clifford “King" Solomon, an R&B and jazz tenor saxophonist. They recorded four sides: Li'l Daddee, Square Dance Boogie, Street Walking and But Officer!

Two of the sides appear on a collection called The Okeh Rhythm & Blues Story, 1949-1957—Square Dance Boogie (with a vocal by Ernestine Anderson) and But Officer! (with Gryce on vocal). The first is a medium-tempo boogie with a party atmosphere while the latter has sociopolitical overtones that are relevant today.

Interestingly, a number of the same musicians were on a key Art Farmer session a month before for Prestige (Work of Art, The Little Bandmaster, Mau Mau and Up in Quincy's Room). Here are the musicians on the Farmer date: Art Farmer (tp) Jimmy Cleveland (tb) Oscar Estelle (as,bar) Clifford Solomon (ts) Quincy Jones (p,arr) Monk Montgomery (el-b) and Sonny Johnson (d).

After touring with Hampton, Solomon wound up playing tenor sax on the expanding R&B singles scene in Los Angeles and spent extended periods in the bands of Ike and Tina Turner and Ray Charles, where he was band director. Throughout his career, he also recorded with Charles Brown, Johnny Otis and John Mayall. Solomon died in 2004 at age 73. [Above, Clifford Solomon with Ray Charles in the mid-1970s]