SOURCE: ALL ABOUT JAZZ PUBLICITY
June 22, 2010
Sign in to view read count 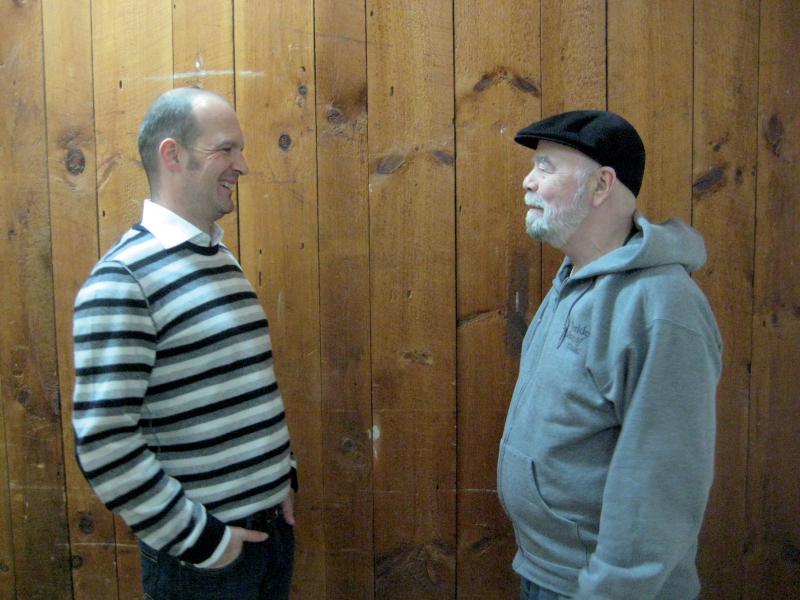 slideshow
When guitarists Wolfgang Muthspiel and Mick Goodrick walked up to the stage on January 30th, 2008, they were not only preparing to record a live album for Muthspiel's Material Records label, they were celebrating a musical and personal relationship that stretches back more than two decades. First meeting at the New England Conservatory, where Muthspiel studied under the Goodrick's tutelage, these two iconic players have continued to work together as duo partners over the years, with 2010's Live at the Jazz Standard being their first recorded document together. While the duo has limited their musical output to live performances over these many years--holding off until now to eternalize their sound on record--the end result was definitely worth the wait.

AAJ's guitar expert, Matthew Warnock, spoke with both guitarists about their longstanding relationship, why they took so long to document it, and the special interaction shared by the two - transcending conventional duets where accompanist and soloist roles are simply traded, to create a more seamless synthesis where, as the late Joe Zawinul often spoke, “everyone solos and nobody solos."

To celebrate the release of Live at the Jazz Standard (Material Records, 2010), AAJ is kicking off three days of review coverage of this stellar live CD. First up, AAJ Managing Editor John Kelman's insightful CD review, published today at AAJ. Then, on Wednesday, June 23, you can read what AAJ Contributor John Barron has to say, in his CD Review, with Contributor Jack Huntley weighing in on Thursday, June 24.

AAJ is committed to bringing you the most extensive coverage surrounding new releases, so be sure to check out all the buzz surrounding Mick Goodrick and Wolfgang Muthspiel, and Live at the Jazz Standard, today at AAJ!