Martial Solal Returns to the Village Vanguard for Intimate Show 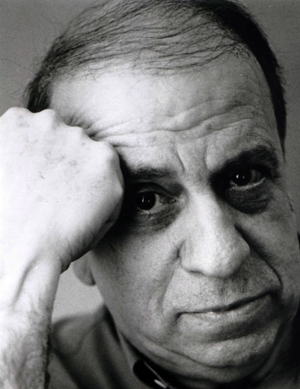 slideshow
We're the first to admit that we don't follow the European jazz scene nearly as closely as the one here in the US. Part of the reason is that we live in the US and see the artists play more often. Another part of it is we generally like the music in the American jazz tradition better. Call us provincial. There are exceptions of course, particular the outward-leaning people like Peter Brotzmann, the ICP members as well as some of the stuff on the ECM, Clean Feed and Fresh Sounds labels, but there are a lot of holes.

So it was no surprise that even though Martial Solal had been around since the '40s, it took us until Blue Note put out the French pianist's 'NY1' in 2003 to get a listen to his music. We liked the record a lot—it was challenging piano-trio work that interspersed original tunes with imaginative remakes of standards like 'Body and Soul' and 'What Is this Thing Called Love.'

Recorded at the Village Vanguard a few weeks after 9/11, there was certain buoyancy to the music that told us that jazz would carry on in the aftermath of that tragedy. Solal had been back to the Village Vanguard a few times since recording that album, even releasing solo live album from there in 2009. On this Thursday night at the Vanguard, the pianist split the difference of the solo and trio albums by appearing in a duo with bassist Francoise Moutin.

Things got off to an OK start with 'There's a Small Hotel' and then picked up speed when the two moved on to 'Lover Man.' The version had a stately elegance to it that recalled the ringing chords of 'Round Midnight' at times, but this was balanced by challenging solos from both players—they tore away at the lovely melody, deconstructing it with approaches that changed every minute or two. Long known for his monstrous chops, there is a distinct element of stride piano's cascading notes in Solal faster runs, but these were then balanced loose elliptical passages. Moutin was right there with him and the two were definitely flying without a net. At times they seemed to lose the melodic thread of the song, yet neither the band nor the audience seemed to mind.

An unnamed original ballad brought them back to a focused melody, creating a moody ambiance thanks to Solal's piano lines, which seemed on the verge of boiling over at first before settling into a simmer that brought a dramatic tension to the tune.

The duo followed this with a abstract version of 'I Got Rhythm,' where the opening melody was quickly dispensed with in favor more stride-flavored runs from the pianist—here his fingers danced up and down the keys in a blur. He then shredded his way through chord changes with a look of indifference on his face that seemed completely at odds with passionate music coming from the bandstand.

Moutin took a lengthy bass solo in the middle of the set. It wasn't his first solo of the night, but it reminded us of the fact that the bassist's own bands are always rock solid. Here he played with a well-defined sense of dynamics of loud and soft, fast and slow, textured and open as he told his story. Solal came in at times with some chords that kept the song moving though the touch was a bit too light.

The set peaked with a run of jazz classics ('I'm Getting Sentimental Over You,' 'On Green Dolphin Street,' 'I'll Remember April' and 'I Can't Get Started') where the duo's playing was completely synced up.

The two brought things to a close with 'Caravan.' It is probably our least favorite in the Ellington canon because it has been done (often badly) by seemingly every jazz musician who ever picked up an instrument. After a long exploratory introduction, Solal and Moutin found some fresh life in the melody, turning the Latin rhythm more towards a funky blues stomp.

The encore of 'The Last Time I Saw Paris' offered no fresh insights, but was nonetheless an effective send off to the audience. All in all, it was a great set of music from two of Europe's finest players.