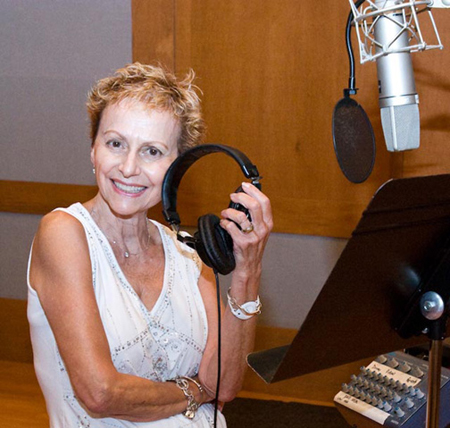 slideshow
Marlene VerPlanck, a polished jazz vocalist who began her recording career in 1955, had a strong second career in the 1960s and '70s as a prolific jingle singer, sang backup on Frank Sinatra's Trilogy album and had a third career recently as she toured and performed to critical praise, died January 14. She was 84.

Despite being diagnosed in November with pancreatic cancer, Marlene continued to sing in New York and New Jersey and planned to perform in February, according to her site. Marlene kept the bad news to herself, unable to bear the pity of friends or bring down their spirits. Relentlessly upbeat and self-sufficient, Marlene in recent years broke bones after falls but made her gigs anyway, despite the pain and need for care. The hospital or doctor came later. Even in December, when traveling to venues resulted in complete exhaustion, she would sing as many songs as she could in perfect form, never letting on that she was gravely ill.

Marlene was a dear friend and in constant email touch. She was a big fan of JazzWax, and from time to time mischievously dropped off a loving tin of her remarkable eggplant parmigiana with a fresh-baked roll at my apartment. Her enclosed note would express concern that my work schedule might be causing me not to eat. I last saw Marlene in July, at the Benny Golson and Jimmy Heath concert at New York's 92Y. She was excited about the future.

A singer who came up at the tail end of the big-band era, Marlene first recorded for Savoy in early 1955. She was backed by Joe Wilder (tp), Hank Jones (p), Eddie Jones (b) and Kenny Clarke (d). “They couldn't find anyone else," she'd joke about the A-list sidemen. That year, she sang briefly with Charlie Spivak, where she met arranger Billy VerPlanck. They joined Tommy Dorsey's band together and soon married.

By the late 1950s, Marlene sang the hot notes in the John LaSalle Quartet, a singing trio plus Marlene (she's on the cover above). But by the 1960s, as the demand for jazz singers dried up, Marlene smoothly transitioned into the jingle-singing business, a lucrative and steady gig. Her voice was heard singing “Mmm Good" on Campbell Soup ads and the warm “Yeah" in Michelob beer ads, to name just two popular campaigns.

And here's Marlene's voice singing on a 1970s Michelob ad...

I miss Marlene . Given her relentlessly fizzy personality, I never imagined I'd be writing this tribute. She worked hard and loved jazz right up to the end. She wouldn't have it any other way.