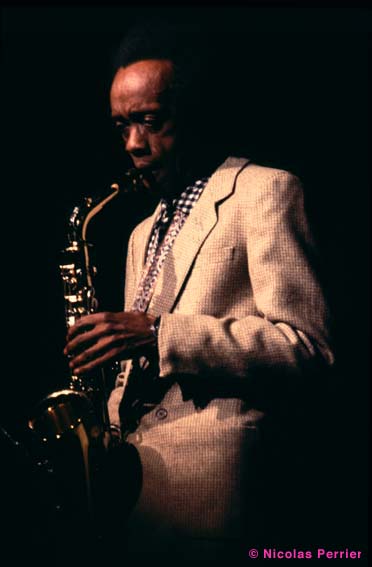 slideshow
Alto saxophonist Marion Brown, who came to prominence in the 1960s and '70s, died yesterday at age 79. He had been in an assisted living home in Hollywood, Florida, since 2005. Although some references list his birth year as 1935, he was born on September 8, 1931, in Atlanta, Georgia. Brown's career got a boost when John Coltrane chose him to be on Ascension. That 1965 album, in effect, was Coltrane's announcement that he was fully embracing free jazz. Brown also collaborated with Coleman, Archie Shepp, Paul Bley and other figures in the free movement. In albums like his Afternoon of a Georgia Faun, he struck a balance between lyrical playing and the unbounded improvisation of the avant-garde. This 1967 clip from Italy, with its murky picture, is a rare piece of video featuring Brown. The other members of his quartet are not identified. Be patient; the man who posted the clip has a promotional announcement.