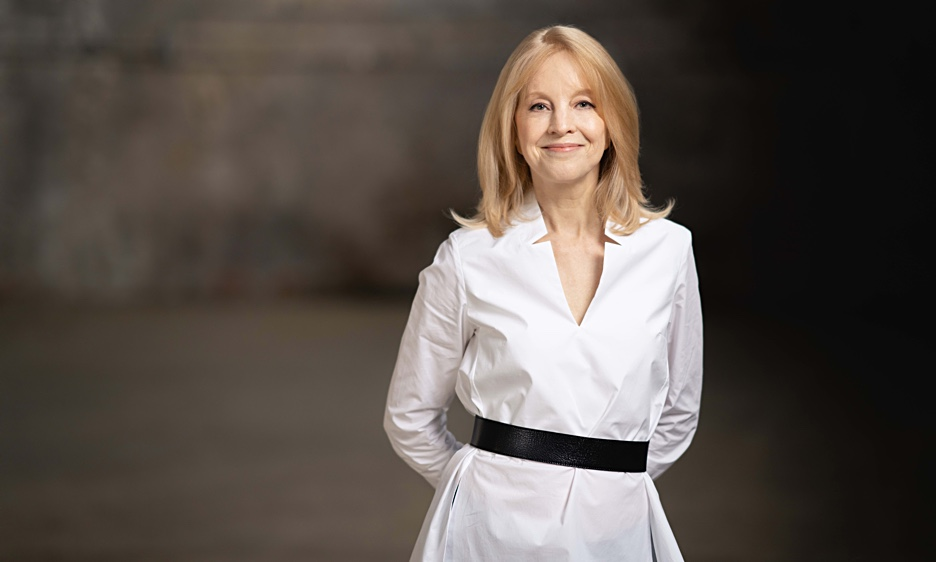 New England Conservatory’s Jazz & Entrepreneurial Musicianship programs present Grow Your Art, a week-long music and business residency with groundbreaking multi- Grammy Award winning composer and bandleader Maria Schneider. The residency will include a pitch night, as well as masterclasses, workshops and panel discussions on the music business and entrepreneurship, culminating in a concert with the NEC Jazz Orchestra. Grow Your Art takes place Tuesday, March 2 through Thursday, March 4, with the pre-taped concert video broadcast on Wednesday, March 10. The events are free and open to the public virtually. For information, visit necmusic.edu.

Watch as NEC students and alumni pitch their ventures live for a chance to win up to $7,500 in grant funding plus project guidance from NEC’s Entrepreneurial Musicianship team. Pitch Night offers a chance for students and professionals to learn more about how to craft strong grant proposals, whether on paper or pitched live. Maria Schneider will adjudicate along with panel of NEC faculty and staff.

Maria discusses how producing and sharing her music has evolved with the music industry. What does it take to produce a recording today? And grow an audience? How do you share your music widely while also protecting yourself? What’s important to spend money on when investing in a record? NEC students can join the virtual discussion which will be streamed to the public.

In this panel moderated by Andrew Worden, NEC students and the virtual audience can learn the ins and outs of the business of music. What’s the difference between a manager and an agent? When do you invest in building out your team? What does it take to share your music in a meaningful way in 2021? NEC students can join the virtual discussion which will be streamed to the public via necmusic.edu.

Ann Braithwaite is the owner of Braithwaite & Katz Communications, a full-service public relations firm specializing in promoting the foremost jazz artists and events of our time. She and her team have helped to expand visibility for a myriad of exceptional musicians including Maria Schneider as well as organizations including the Montreal International Jazz Festival and NEC’s Jazz and CI departments.

Mike Epstein is the President of Epstein & Company, an international booking agency representing award-winning artists since 2013. The agency works with artists of all genres and has developed a unique process for helping clients achieve important career goals by taking an entrepreneurial approach to an ever-changing industry.

Maria Schneider conducts the NEC Jazz Orchestra in a program of her compositions including “The Pretty Road," “Data Lords," “Walking By Flashlight," “Gumba Blue," “Sputnik" and “Choro Dancado." The concert will be recorded on March 4 with a video broadcast on March 10. View the concert here.

Maria Schneider’s music has been hailed by critics as evocative, majestic, magical, heart-stoppingly gorgeous, imaginative, revelatory, riveting, daring, and beyond categorization. Blurring the lines between genres, her varied commissioners stretch from Jazz at Lincoln Center, to The Saint Paul Chamber Orchestra, to the American Dance Festival, and include collaboration with David Bowie. She is among a small few to receive Grammys in multiple genres, having received the award in jazz and classical, as well as for her work with David Bowie.

With her first recording Evanescence (1994), Schneider began developing her personal way of writing for her 18-member collective made up of many of the finest musicians in jazz today, tailoring her compositions to the uniquely creative voices of the group. They have performed at festivals and concert halls worldwide, and she herself has received numerous commissions and guest-conducting invites, working with over 90 groups in over 30 countries.

Unique funding of projects has become a hallmark for Schneider through the trend-setting company, ArtistShare. And, in 2004, Concert in the Garden became historic as the first recording to win a GRAMMY with Internet-only sales. Even more significantly, it blazed the “crowd-funding" trail as ArtistShare’s first release, and was eventually inducted into the 2019 National Recording Registry.

A strong voice for music advocacy, Schneider has testified before the US Congressional Subcommittee on Intellectual Property on digital rights, has given commentary on CNN, participated in roundtables for the United States Copyright Office, has been quoted in numerous publications for her views on Spotify, Pandora, YouTube, Google, digital rights, and music piracy, and has written various white papers and articles on the digital economy as related to music and beyond.

Her latest double-album, Data Lords (2020), has melded her advocacy and art: Nate Chinen of NPR writes: “Now it's finally here, in the form of a magnificent double album, Data Lords.... it parses into thematic halves, ‘The Digital World’ and, as an antidote, ‘The Natural World.’ On the whole and in the details, it amounts to the most daring work of Schneider's career, which sets the bar imposingly high. This is music of extravagant mastery, and it comes imbued with a spirit of risk."

David Hajdu for THE NATION writes, “Beyond the dualism in its format, Data Lords is a work of holistic creativity. The music of outrage and critique in the first album has all the emotion and conceptual integrity that the music of melancholy and reverence does in the second. I can’t conceive of anyone else creating this music, unless Delius has been writing with Bowie on the other side.”

NEC’s Jazz Studies Department is one of the top jazz education programs in the world. It was the brainchild of Gunther Schuller, who moved quickly to incorporate jazz into the curriculum when he became president of the Conservatory in 1967. He soon hired saxophonist Carl Atkins as the first department chair, as well as other greats including NEA Jazz Master George Russell, pianist Jaki Byard and Ran Blake. The foundation of its teaching and success begins with the mentor relationship developed in lessons between students and the prominent faculty artists. In addition to its two jazz orchestras, faculty-coached small ensembles reflect NEC’s inclusive approach to music making, with ensembles focused on free jazz, early jazz, gospel music, Brazilian music, and songwriting, as well as more traditional approaches to jazz performance.

Students are encouraged to find their own musical voices while making connections and collaborating with a vibrant community of creative musicians, and ultimately to transform the world through the power of music. The program has spawned numerous Grammy-winning composers and performers and has an alumni list that reads like a who's who of jazz, while the faculty has included six MacArthur “genius" grant recipients (three currently teaching) and four NEA Jazz Masters.

Grow Your Art: A Music and Business Residency was made possible thanks to a generous gift from an NEC supporter.