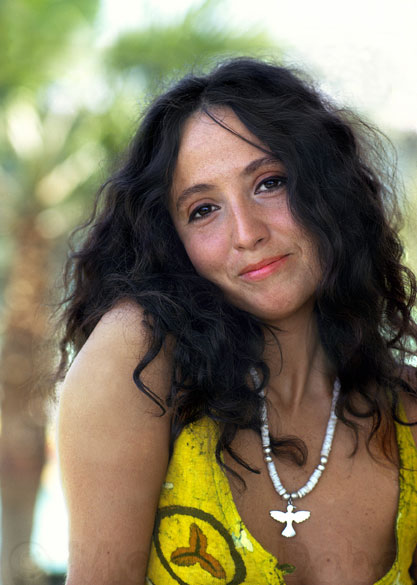 slideshow
Maria Muldaur is coming full circle and returning to her roots with a new jug band album, Maria Muldaur & Her Garden of Joy. The CD will be released by Stony Plain in Canada on September 29, and on October 6 in the U.S. and foreign territories. The release will be followed by a six-week tour throughout the U.S. and Canada.

The new album is a reunion between the Grammy-nominated singer and alumni of the legendary Even Dozen Jug Band, the first group Muldaur recorded with, including John Sebastian and David Grisman.

Sebastian went on to fame as leader of the Lovin’ Spoonful and the writer of numerous hits including ‘Jug Band Music,’ ‘Summer in the City,’ ‘Nashville Cats,’ and — best-known of all — ‘Welcome Back Kotter.’

David Grisman, known as a pioneer of “new bluegrass.” (as well as his own fusion of jazz, gypsy and bluegrass genres he called “dawg music”) has made more than 50 albums since his Even Dozen Jug Band days – and with artists as varied as Jerry Garcia and Stphane Grappelli.

To complete this reunion of former jug band mates, Muldaur will include the title track of her 2005 Grammy-nominated album Sweet Lovin’ Ol’ Soul, which features the last recording of the late Fritz Richmond, the incomparable jug player in the Jim Kweskin Jug Band. The track also features Taj Mahal.

Sebastian and Grisman are joined by the illustrious ultimate hipster Dan Hicks, who continues to record and tour internationally with his band The Hot Licks. Also joining these jug band veterans are Muldaur’s newest discovery, a young band from Port Townsend, Washington, called the Crow Quill Night Owls.

Though much of the repertoire comes from the idiom’s classic era, the 1920s and ’30s, the material certainly touches on current topics. Muldaur found two songs from the Great Depression era called ‘Bank Failure Blues,’ and ‘Doggone The Panic Is On!’ The inclusion of two hilarious songs recently written by Hicks (who sings two duets with Maria) round out the album.

“Initially I just wanted to just revisit my roots and have some fun with my old bandmates, but soon I realized that this was actually a very timely project,” says Muldaur.

“Jug band music, which tends to be lighthearted, humorous and zany, emerged out of a period of hard times as a way of lifting people’s spirits. So, once again, this will be Good Time Music for Hard Times! Everything Old is New Again!”

The new project will be the fourth in a series of CDs of classic American music Maria Muldaur has recorded for Stony Plain. Two of the others, Richland Woman Blues and Sweet Lovin’ Ol’ Soul, were nominated for Grammy Awards; her most recent release for the label is Naughty, Bawdy and Blue.