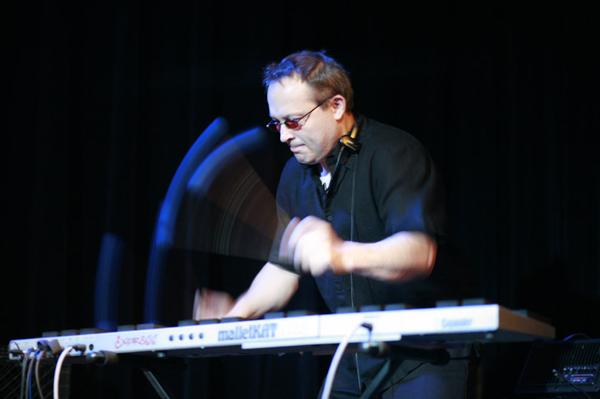 slideshow
Marc returns to his own musical vision, combining great jazz-rock with thought-provoking themes such as recent scientific discoveries, climate change and the human condition. Marc takes on the lion's share of the instrumentation, returning to his first love: the drum set- and is joined by long-time collaborators Van Manakas and Leo Traversa.

In the early 90's Marc founded the group Tunnels with world renowned bassist Percy Jones, releasing a critically acclaimed CD in 1994, followed by Painted Rock in 1999. He went on to record a total of five albums with Tunnels. The band broke up in 2009. Marc is also featured on Manifest Destiny, a CD with the legendary English band Brand X.

For this new recording, Marc decided to combine his extensive experience in the synth and sample. The album is a musical tour-the-force, as not only does he take on most of the instrumentation, but he recorded and mixed the whole project. This was a labor of love that took a year from start to finish. The result is an amazing series of tunes that will enthrall listeners.

Marc's previous solo release, Conjunction, is a collaboration with the Headhunters rhythm section: drummer Mike Clark and bassist Paul Jackson. The CD features four original compositions from Marc, as well as some by Jed Levy, Neal Kirkwood, and Paul.