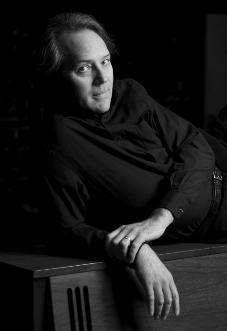 The City Club of Rock Hill is located at 140 Main Street in downtown Rock Hill, SC.

For this performance, Hoffman will be joined by Chris Garges on drums, Dave Vergato on bass, Chris Jones on guitar and Carrie Marshall on vocals.

Virillion Music released the CD this summer. Tracks can be heard on Marc Hoffman's website, marchoffman.com, and at CDBaby, Amazon, and iTunes.

Hoffman's upcoming gig follows recent performances at the Matthews Alive Festival in Matthews, NC, and for the “Tickling The Ivories" all-piano music concert at the Ashe County Performing Arts Center in Jefferson, NC.

Now in its sixth year, the Old Town Blues & Jazz Festival draws thousands of people from York County and throughout the southeast, showcasing some of the best blues and jazz entertainment in the region. Presented by the Arts Council of York County, the festival runs from September 30 and runs through October 2. For information on all the performances and to purchase tickets online, visit yorkcountyarts.org.

Composer/pianist/vocalist Marc Hoffman received his degree in composition from the North Carolina School of the Arts and studied film composition at USC. He also attended The Dartington International Summer School of Music in Devon, England. His composition teachers have included John Corigliano, Leo Arnaud, Neil Hefti, and Sherwood Shafffer. A member of BMI and the American Composer's Forum, he is also founder and artistic director of the Salisbury School of Music. He lives in Salisbury with is wife, Anne, and their daughter August.