SOURCE: ALL ABOUT JAZZ PUBLICITY
January 30, 2009
Sign in to view read count 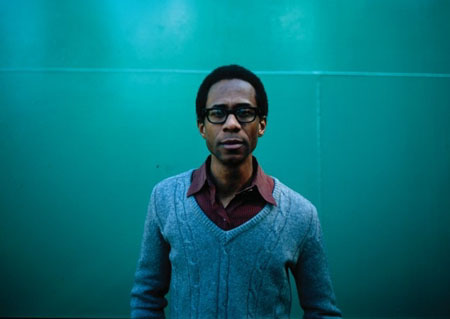 On Tuesday, April 21, 2009, Brian Blade will release Mama Rosa, his first recording as a singer, guitarist, and songwriter. The album is a revealing journey through a thirteen-song cycle about family, loved ones, travels and a sense that these things have to be shared with others.

Blade is already widely respected in the jazz world as drummer/composer/leader of Brian Blade and The Fellowship Band and is also known as the drummer for many heroes of the music world, including Daniel Lanois, Joni Mitchell, Bob Dylan, Wayne Shorter, Seal, Bill Frisell, and Emmylou Harris.

In addition to his talents as a drummer, Blade has been writing and recording original songs with words for as long as he's been making music. In fact, Mama Rosa grew naturally from the four-track home demos that he's recorded over the years. Initially, Blade felt that these songs would never be heard by anyone else. But after encouragement from long time friend Daniel Lanois, these home recordings became the cornerstones for Mama Rosa.

Inspired by family, faith, and home, Blade named the album after his grandmother, Rosa, who is the subject of the album's vivid opening track “After The Revival." Another such song of memories is entitled “Second Home"--a tribute to Blade's teacher, John Vidacovich, and the city of New Orleans.

Other songs such as “All That Was Yesterday," “You'll Always Be My Baby," and “Nature's Law" show Blade to be a soulful and expressive vocalist and a songwriter capable of rendering evocative stories that resonate with insight and empathy. The album's earthy feel and languid pace are complemented by the rich textures of Blade's singing voice.

In addition to Blade's original compositions, the album features a memorable adaptation of Brazilian music icon Milton Nascimento's “Faithful Brother," as well as a pair of atmospheric instrumentals,"All Gospel Radio" and “Psalm 100," also written by Blade.