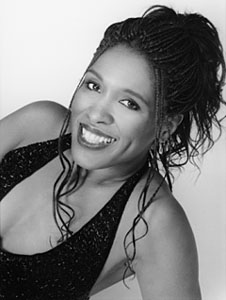 Jazz/Soul Vocalist & Pianist, Mala Waldron will be doing the “late set" at 12:15 at the Iridium Jazz Club on Friday night and Saturday night (8/15 & 8/16) following the Lee Morgan 70th Birthday Celebration. Waldron is very excited about this engagement for several reasons. This will be Waldron's debut appearance at the club. It has special significance for her as she watched her father performing there just 8 years ago with Steve Lacy and coincidentally this weekend wouldn've been his 83rd birthday. She plans to play material from her “Always There" CD (Soulful Sound Music) and one of Mal's most famous compositions, “Soul Eyes," which she hasn't sung since his passing in 2002. Scheduled to perform with Mala, will be her usual group which features bassist - Miriam Sullivan, Guitarist - Steve Salerno and Sound Rhythium - Michael T.A. Thompson. In addition, Ms. Waldron is very excited and honored to be following such an amazing group of musicians performing in the Lee Morgan Birthday tribute band. Scheduled to perform are: Billy Harper, Benny Maupin, Jermy Pelt, David Weiss, George Cables, Dwayne Burno & Lenny White.