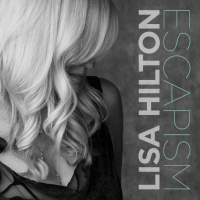 slideshow
Lisa Hilton often settles in at her piano and riffs on everyone from Miles Davis and Horace Silver to The Black Keys and Green Day, until she can find peace within the notes, letting them fill the room and fall where they languish in this glow of calm with a touch of brooding blues. Then this past year, the world changed a bit and finding that calm seemed a little more elusive.

“Everything is charged with politics, a large portion of our world seems to be emigrating, and climate catastrophe seems constant," Hilton says. “There's been so much turmoil lately; we can't find a sense of peace surfing the internet or social networks—we need really positive sources to balance out this time of disruption in our lives."

For her 20th album—Hilton has recorded an album a year since 1997—she wanted to provide uplift and relief, where listeners can be energized and feel rejuvenated. This became the theme for her latest release, the aptly titled Escapism. The album includes the Alan Lerner and Burton Lane standard, “On A Clear Day" and nine Hilton originals ranging from the high-voltage opener, “Hot Summer Samba" to the introspective and ethereal “Mojave Moon." Each composition seems to generate, by albums end, a mental release or escape all its own.

“Artists have an important role in our culture and community—it is through art and music that our souls and spirits can be energized, balanced and entertained—we all need to “escape" from our challenges. I want our music to be a positive force whether you're listening on the subway, while at work or lounging on a tropical island. Our music embraces the good experiences in our world.”

After working solo on last year's Day & Night release, Hilton brought back saxophonist JD Allen, trumpet and flugelhornist Terell Stafford, bassist Gregg August and drummer Rudy Royston into Avatar Studios for one of the last sessions at that revered and storied studio before it became property of Berklee College of Music on September 1st. “It was definitely nostalgic being at Avatar the last few days before it changed ownership since no one really knows what will happen to it—we hope good things. I have recorded ten albums there and I love the rooms, they have a special sound and ambience. I think the entire band knew this recording was a time to savor the sense of the place—there were excellent solos going on, and we had a great sound captured by our engineer, a true sound icon, James Farber. What tremendous musicians and all leaders in their own right—I feel so fortunate to continue to work again and again with them."

Escapism is an audiophile's delight from the team of top engineers that Hilton has worked with for years; besides recording engineer Farber, it was mixed by 23-time Grammy Award-winning engineer Al Schmitt at the legendary Capitol Studios in Hollywood and mastered by multi-Grammy Award-winners Gavin Lurssen and Reuben Cohen.

The opening track, “Hot Summer Samba," twirls in multiple Latin rhythms and melodic ideas that Hilton composed to start the album moving; a loosening-up-of-the-collar/inhibitions tune, so-to-speak. That track segues into the fast-paced trio work of “Meltdown." Hilton's melodic touch is evident in “Another Everyday Adventure," and the closer “Utopia Cornucopia," both soundtracks to finding wonderland anywhere, anytime and where you least expect it.

Although Hilton does not record many covers, her arrangement of Lerner & Lane's classic “On A Clear Day" calms and inspires, suggested by the unsung lyrics “On a clear day...you'll feel part of every mountain sea and shore." The track highlights her excellent trio mates while showcasing Hilton's ability to the interpret classics in new ways. The jaunty solo piece, “Escape Velocity Blues," seems to channel Neal Hefti and Count Basie, but is all Hilton with her signature touch on the keys.

The beauty of Allen's tenor saxophone and Stafford's clear flugelhorn, alongside her own performance, shine through on “Zero Gravity." The tracks “Too Hot" and “29 Palms" are envelopes to a different kind of space, reaching in evocative and seemingly narrative directions.

With all that continues to change in our world, Escapism seeks a journey that is focused on the feelings and positive energy it creates. Hilton allows this journey to be constructed and articulated through her written compositions evoking a sentiment of peace, tranquility and upbeat energy.

Hilton's blues inflected trans-genre or poly-genre style influences extend beyond jazz legends Thelonious Monk, Count Basie, Horace Silver and Duke Ellington, to include bluesman Muddy Waters and Robert Johnson, minimalists like Steve Reich, current rockers Black Keys or modernists Prokofiev, Stravinsky and Bartok. Originally from a small town on California's central coast, Hilton studied classical and twentieth century piano formally from the age of eight, where she was inspired by her great uncle, Willem Bloemendall, (1910-1937), a young Dutch piano virtuoso. In college though, due to the lack of creativity in the program, she became a music school drop out, switching majors and receiving a degree in art instead. Ever since becoming a professional musician, this background in the fine arts has well informed Hilton's composition process.

Committed to helping students who are often overlooked, for many years Hilton has regularly spent time to help blind students at the Perkins School for the Blind in Boston, The Chicago Lighthouse for People Who are Blind or Visually Impaired, The Junior Blind of America in Los Angeles, Camp Bloomfield for the Blind in California, or The Berklee College in Boston and their adaptive music lab for visually impaired musicians. “I enjoy extending help to those with physical disabilities—music should be for everyone," Hilton explains.