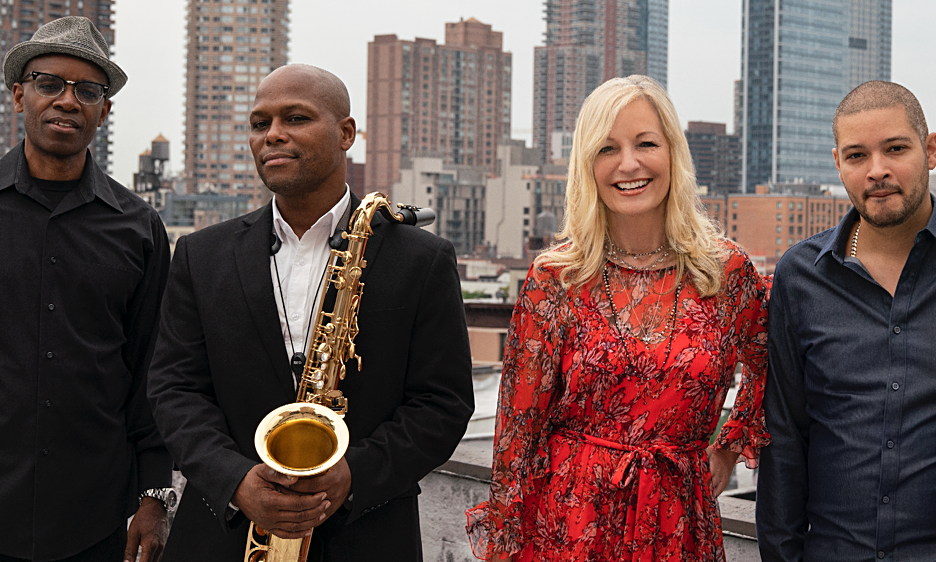 “We live in an exciting time of constant change…” is the introductory quote from the award winning composer, and acclaimed pianist Lisa Hilton, in her liner notes for her latest release Chalkboard Destiny—recorded with jazz luminaries JD Allen on tenor saxophone, Rudy Royston on drums and Luques Curtis on bass.

It’s an appropriate prelude for an album that unfolds with the track “Rush Hour Rhapsody"- quickly exposing the listener to the robust energy of her band. There’s also a hard-to-pin-down energy flowing between Allen’s explosive virtuosic displays, the dynamic details of Royston’s accents or the booming lines of Curtis’s bass alongside Hilton’s fluid piano. “Oh, we had a lot of fun recording this—I think you can hear that,” responds Hilton. “I first worked with JD in 2009 for my album Twilight & Blues. He is a true artist and I think he’s the tenor (sax) of our times. His solo on “Sympathy for Blues" is EXPLOSIVE! I’ve toured and recorded with Rudy and Luques quite a bit too—we feel like family by now.”

The concept behind Chalkboard Destiny is the idea that our future, our destiny, is continually being reshaped, allowing us a freedom in creation. The title track easily exhibits this concept with Royston’s rim shots clacking for attention. Hilton also shows her harmonic and emotional depth with her tender composition “Temporary Lullaby", as well as the moving “Waltz From Nowhere". The Joni Mitchelll classic, “Blue Boy" showcases the compatibility of this group—Allen’s dusky tenor a contrast to his band mates. Tracks “Tropic of Tango", “Myths & Fantasy", and “Adventures & Alibis" all delve into a variety of Latin rhythms and engaging harmonic ideas as well. “Café au Mojo", is a bright piece where traditional ideas abound. Grammy Award winning engineers Al Schmitt, Gavin Lurssen, Reuben Cohen & Fernando Lodeiro all contributed to the high quality sound.

Hilton's blues inflected poly-genre style influences extend beyond jazz legends Thelonious Monk, Count Basie, and Horace Silver to include bluesman Muddy Waters and Robert Johnson, minimalists like Steve Reich, modernists like Prokofiev or classical giants like Chopin. Hilton’s twenty plus releases reliably top the charts every year sustaining her profile as a consistent composer, pianist, producer and bandleader. She also performs at venues across the US from the legendary Carnegie Hall to Chicago’s historic Green Mill and is known for her expressive technique at the piano as well as her warmth and storytelling on stage. Originally from a small town on California's central coast, Hilton studied classical and twentieth century piano formally from the age of eight, where she was inspired by her great uncle, Willem Bloemendall, (1910-1937), a young Dutch piano virtuoso. In college though, due to the lack of creativity in the program, she switched majors and received a degree in art instead. Since becoming a professional musician, this background in the fine arts has well informed Hilton's composition process. Committed to helping students who are often overlooked, for years Hilton has regularly spent time to help blind students at the Perkins School for the Blind in Boston, The Chicago Lighthouse for People Who are Blind, Jr. Blind of America, Camp Bloomfield for the Blind, or The Berklee College in Boston and their adaptive music lab for visually impaired. “I enjoy extending help to those with physical disabilities- music should be for everyone," Hilton says.