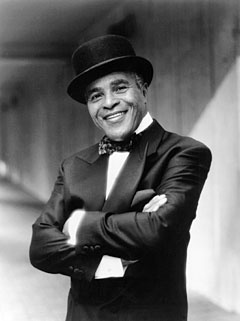 Currently 87, Hendricks to be on-hand Following Screening for Q&A with Audience

In Europe during World War II, then 22-year-old Jon Hendricks, along with 900,000 other black GIs, was fighting on two fronts: against the Nazis and against racial discrimination in the US Army as well as in the United States. For Hendricks, who is now 87, it finally turned out to be a triumphant double victory although he never fired a shot. This documentary tells the adventurous and moving story of Jon Hendricks, later a world-renowned jazz musician, who, because of discrimination and harassment, deserted the army as did so many Afro-Americans. By Malte Rauch, USA/Germany, 78min, documentary in English. Following the screening, Hendricks will be on-hand for a Q&A session with the audience.

In addition to Blues March, the Festival will feature eight other US premieres and two New York premieres, for a program of films - which include a fiery mix of documentary, spoken word poetry and dramatizations - that prominently highlight the work of independent African American filmmakers.

Tickets to the African Diaspora Film Festival are $10 general admission and $8 for seniors and students. For more information or to purchase tickets, the public can call (212) 870-6784 or visit www.theriversidetheatre.org.