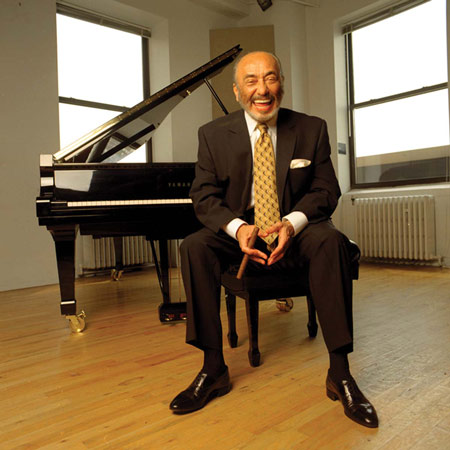 slideshow
On Wednesday April 6th, The National Academy Of Recording Arts And Sciences announced a “restructuring" of The Grammy Awards, a move that included the elimination of the Latin Jazz Grammy. This unfortunate decision undermines the integrity of Latin Jazz and disregards its importance as a major piece of the cultural landscape in the United States. I would encourage all LJC readers to protest this decision and demand that NARAS reinstate the Latin Jazz Grammy immediately—you can do this by sending an e-mail to NARAS President and CEO Neil Portnow here—[email protected] Get additional information and updates on LJC’s Support Page For The Latin Jazz Grammy.

After experiencing a disgraceful show of disrespect from NARAS at their New York meeting, eight time Grammy winner and Latin Jazz legend Eddie Palmieri shares his thoughts on the elimination of the Latin Jazz Grammy Award

“In unity there is strength, conscientious natural musical minds working together, united in thought will constantly deliver power, the drive and the constant search of the individual mind to create, create, create.”

It was in 1965 that I wrote this in the liner notes of my album, “Azucar Pa’ Ti,” which was one of my most defining compositions in the genre of Latin Jazz. Latin Jazz, originally known as the Instrumental Mambo, happens to be one of the most unique Latin musical forms as it speaks directly to the melding of the African American culture with both the Cuban and Puerto Rican cultures in New York, during a time where we weren’t even allowed to work downtown, (many of the youth do not know this, but in order to work, you had to have a Cabaret card, where the Union and Police could keep an eye on you at all times). This was an era where life was difficult in both Harlem and El Barrio; it was hot, it was exciting, it was ever changing and it eventually melded together and consequently developed into the beautiful and diverse landscape that we know today. It is quite something when I look back on those amazing years, the awe inspiring musical brotherhood that was so dear to me of that time, and it is with great pride that I have seen its legacy continue with so many wonderfully talented musicians throughout the years.

In 1993 I was appointed Governor of the New York Chapter of NARAS where I worked diligently to have the Latin Jazz category become recognized, and it was with great happiness that I saw it come to fruition in 1994. And now it is with a heavy heart that I have seen its elimination, and truly fear its slow and permanent extinction. I call upon everyone now, as a whole, to come together, in UNITY, by starting with your own communities and supporting your local artists and telling your friends and loved ones about a great band you just heard that has that swing, because without the support of the fans, we are not able to record as often as required by NARAS and to the entrepreneurial indie labels, make sure that you file all of the necessary criteria online to NARAS’ website as per submissions, and to all of my fellow musicians out there, (young and old), please become a member of NARAS and get involved with your local Chapter. I am fighting for you, but please join me so now we can fight together. Right now, NARAS is holding everything I just mentioned against us; thus marginalizing our music, culture and people even further. Let me be clear: we have been discredited, we have been discarded and we are being wiped out. But, this can only happen if we allow it and I truly believe in my heart that together we can reinstate the category of Latin Jazz and dig deeply into that soul bag. Aché!

Don’t let this attack on Latin Jazz go unnoticed. Make sure that you sign the petition to get the Latin Jazz Grammy reinstated—you can find it HERE.