Application period ends this weekend for an award that will recognize jazz's next rising star with a ten- city North American tour and a year of free public relations and marketing support.
—LetterOne 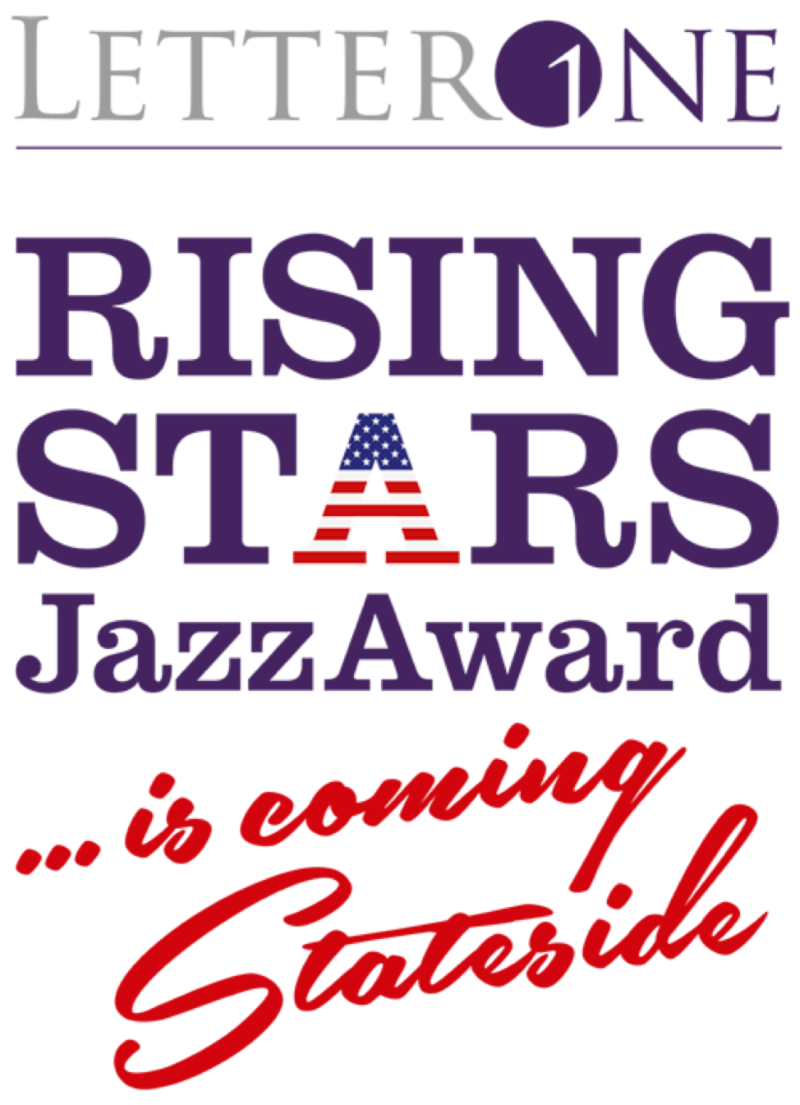 The 2019 LetterOne Rising Stars Jazz Award will pick one up-and-coming jazz musician from hundreds of applicants, who will win an international ten-city tour of jazz festivals across North America. Submissions for the competition close this Saturday, October 26, and artists can submit here. The competition will offer international exposure across North America to this year’s winner, and all talented, rising jazz musicians are encouraged to apply.

Once the submission period ends, a star-studded panel of judges that includes legendary names in jazz will select from the applicants to pick the winner, who will earn a ten-city international tour of jazz festivals across the United States and Canada. The winner will also receive a year of marketing and public relations support from Air Artists Agency, which will help to promote them throughout the North American tour.

This is the second year that the competition has come to North America, after many successful years in Europe. The panel of judges last year included legendary artists including the vocalist Dee Dee Bridgewater, journalist and author Michelle Mercer, record producer and A&R Brian Bacchus, festival director Andre Ménard, and the sponsor of the competition, Mikhail Fridman.

Last year’s winner was then-20-year-old Sasha Berliner, a jazz vibraphonist who has been described as a “rising jazz luminary.” A native of the San Francisco Bay Area, Sasha attended The New School of Jazz and Contemporary Music in New York, after having picked up percussion from an early age. She beat out more than 230 applicants to win the 2018 competition.

Previous winners have had the opportunity to perform at various major jazz festivals—including the Blue Note Jazz Festival in New York City, Washington, D.C. Jazz Festival, and more—and have been featured in influential media outlets such as Jazzwise Magazine, JazzTimes, CBC, Yahoo News and others.

The competition is generously supported by LetterOne and businessman Mikhail Fridman, who founded the competition and guided it through several successful years in Europe before expanding the award to include North America. In addition to helping to judge the competitions, Fridman himself is an avid jazz fan.

With the submission period ending this weekend, applicants interested in being considered for the award are encouraged to apply as soon as possible. To do so, applicants will need to provide their information along with audio samples of their music. After the application period closes, the judges will then use this information to select the most talented applicants and, ultimately, the winner, who will be announced later this year.

With more than 200 applicants for last year’s award, LetterOne expects competition to be steep, with the number of applicants matching or even exceeding last year’s figure. With the promise of a ten-city international tour and a year of public relations and marketing support at stake, the eventual awardee, once selected, stands to gain significant exposure and opportunities to help them realize their potential as one of jazz’s next rising stars.