Legendary Guitarist Frank Gambale Bares His Soul On An Inspired Collection Of Songs With His Soulmate, Boca 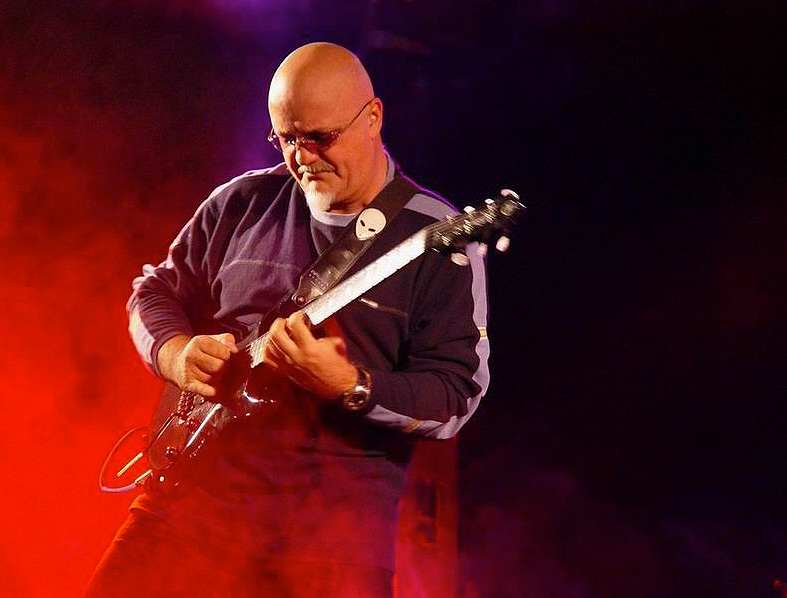 slideshow
Palm Springs, CA: When something emerges from the soul of an artist, it’s honest, personal and meaningful. It is more than a passion project. For Grammy winning guitar innovator Frank Gambale, “Soulmine” is a soul-realized endeavor that has ruminated in his consciousness for 30 years. The musician jazz giant Chick Corea called “one of the most incredible guitarists on the planet” found the missing piece when he met and married his soulmate, Boca. She provides the sultry vocals and together the pair wrote and produced the ten-song collection of jazzy adult pop tunes that was released today on his Wombat Records label.

In addition to promoting “Soulmine,” Gambale will be quite busy this summer. On June 19th, he along with his Return To Forever band mates - Corea, Stanley Clarke, Lenny White and Jean-Luc Ponty – will release a new triple disc album entitled “The Mothership Returns,” a live recording and DVD from Eagle Rock Entertainment. His new Play Along Tracks website (www.frankgambaleplayalongtracks.com) is certain to be a popular destination for guitarists yearning to learn from the artist that pioneered and popularized a revolutionary guitar playing technique, Sweep Picking Technique (Sweeping), and an inventive new tuning called Gambale Tuning. This fall, Gambale will unveil a new interactive website devoted to Sweep Picking and other informative tutorials and webinars for guitarists seeking to study with the imaginative guitar master. A respected author, educator and clinician, Gambale is also putting the finishing touches on another instructional book that will premiere on his forthcoming website.

Recently named by the Herald Sun as one of the top 50 greatest Australian guitarists of all-time, features on Gambale in Vintage Guitar, Guitar Player and Recording magazines are hitting or will soon arrive on newsstands. Below are excerpts from some of the early reviews:

Critical Jazz: “Frank Gambale has found that musical happy place that so many musicians strive for but never seem to find. Gambale's six string pyrotechnics run from the cool vibe and funk fortification to the foot to the floor ability to touch your soul and set your hair on fire all at the same time Soulmine has more hooks than a fisherman's hat. A cool groove, shifting meter and a deceptively subtle harmonic development all designed to enhance the vocal/guitar musical exchanges that are predominant on this eloquent release. A recording of note and absolutely a 5 Star gem!”

The Entertainment Bank: “Grammy winning guitarist Frank Gambale delivers an outstanding new recording in ‘Soulmine’ that reflects a career of innovative playing. The arrangements on ‘Soulmine’ feature Gambale's beautiful wife Boca, an amazingly talented vocalist whose voice is soothing, seductive, and made for jazz. While her presence and artistry of expression clearly set the tone on the first tune, ‘Love Set Me Free,’ there's something on the album for all listeners. Boca's vocal style is engaging and there is a passion that clearly comes through in her performances. Jazz fans who miss the days of the fresh, creative, and authentic music of Jazz-Rock and Fusion will appreciate uncompromising harmonies and influences ranging from Latin to Pop, and I'm smiling because I've missed Return to Forever, and Brand X. A big thank you to Frank Gambale for not forgetting to how to bring it! This album is sure to garner another Grammy nomination, and is a must have for any serious jazz collector and music lovers who enjoy good music in general.”

Smooth Jazz Therapy: “…they tastefully deliver ten jazzy, pop-orientated tunes that should play well to the adult contemporary market. One eye catcher is the zesty ‘Live Your Dream’ that includes a typically ‘off the chain’ organ solo from Brian Auger but the first song to be serviced to radio is ‘Forbidden Kiss’. With an easy grooving Latin vibe, which, in equal measure, shows off Gambale’s virtuosity and Boca’s ability to handle a tender tune, it’s a number that I predict will do well.”

Indie Rock Reviews: “…you won’t be able to deny that the soulful blend of guitar and vocals will put you in the mood, or perhaps at least broaden your musical appreciation.”