SOURCE: ALL ABOUT JAZZ PUBLICITY
January 7, 2008
Sign in to view read count 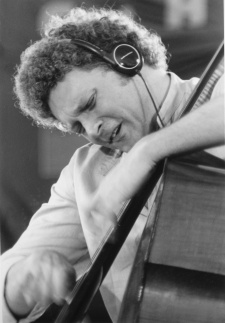 slideshow
You can't ask for a more interesting interview subject than Miroslav Vitous, but anyone in search of self-deprecation or false modesty would be best advised to seek elsewhere. Simply put, Miroslav Vitous believes in Miroslav Vitous; he believes--no, knows--that his work is important, and he will not waste a moment pretending otherwise.

In addition to being a founding member of fusion supergroup Weather Report, alongside Joe Zawinul and Wayne Shorter, Vitous produced some marvelous recordings under his own name throughout the 1970s--Magical Shepherd (Warner Bros., 1976) and Miroslav (Arista Freedom, 1977) come to mind most readily. But the late 1970s saw the beginning of Vitous' real association with ECM Records, a label for which he records to this day. Vitous remains particularly associated with ECM labelmate Jan Garbarek, and his 2003 ECM record Universal Syncopations featured longtime musical associates Chick Corea, John McLaughlin, and Jack DeJohnette. It's as strong as any of Vitous' previous recordings.

But the 2007 sequel-of-sorts, Universal Syncopations II, is something altogether different. Although Vitous regards it as a continuation of the first Syncopations, its ambitions are far greater, and so are its achievements.

AAJ Contributing Editor spoke at length with Vitous about Universal Syncopations II and much, much more.

Check out Miroslav Vitous: It Comes Down to Taste at AAJ today!