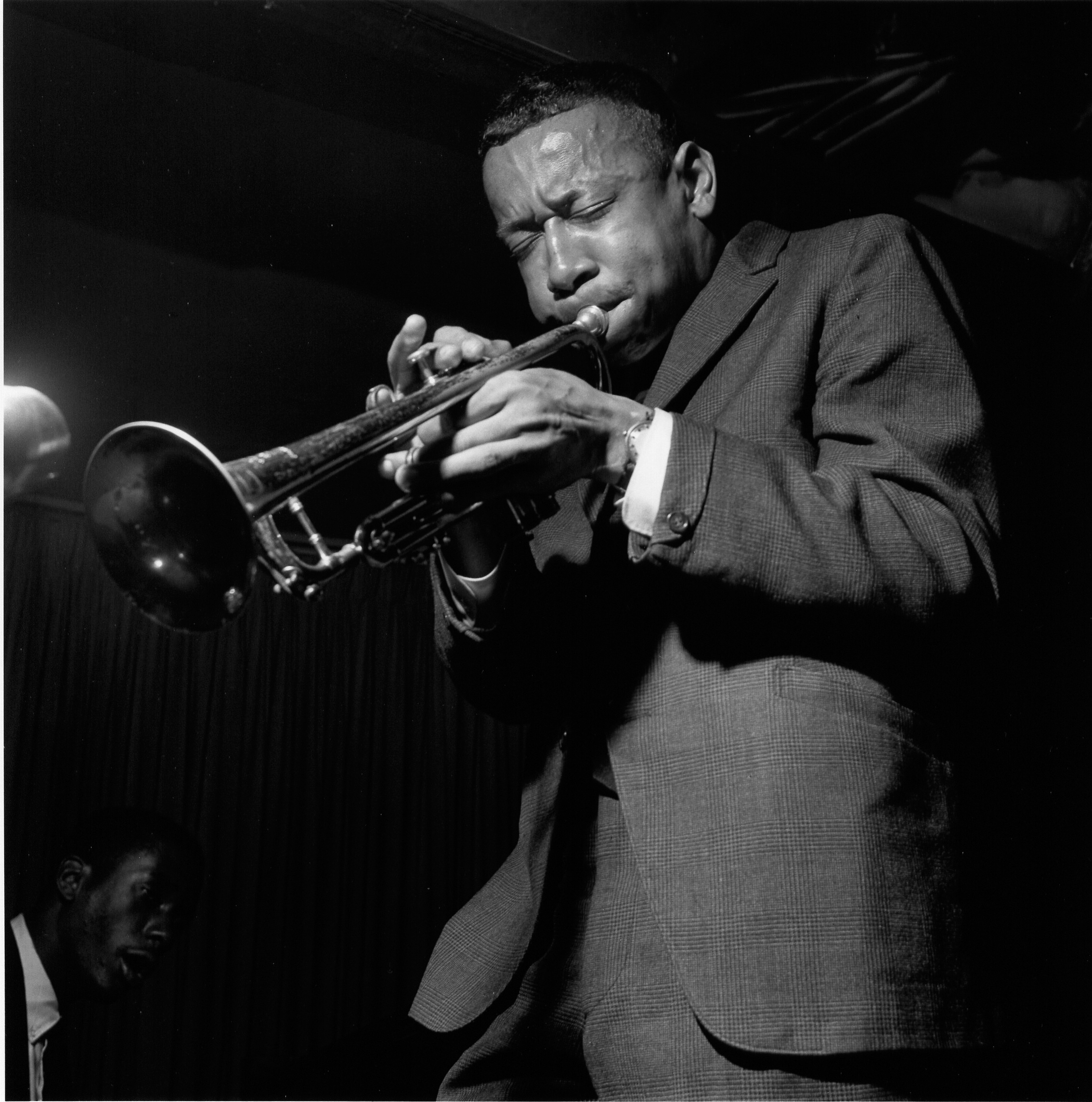 slideshow
Like a hothouse orchid, trumpeter Lee Morgan reveled in the competitive Philadelphia jazz scene of the 1940's and 50's developing a prodigious talent that saw him hitting the road professionally at a mere eighteen years of age. Morgan's career had some down points and an undeniably tragic end, but when he was on and in sympathetic company he stood shoulder to shoulder with Freddie Hubbard, Woody Shaw, Booker Little and the rest of the trumpeters that were evolving out of bebop and hard bop. While some of those players experimented with the freer forms of jazz, Morgan went the other way, retrenching himself in the blues and boogaloo that led up to this extraordinary album. Putting together an excellent band with bebop master Barry Harris on piano, Bob Cranshaw on bass, Billy Higgins on drums and the irrepressible Joe Henderson on tenor saxophone, they entered Rudy Van Gelder's studio in New Jersey on December 21, 1963 and cut a wonderful album that combines soul, R&B with Blue Note's trademark hard-bop sound in a very successful manner. The bluesy title track would be forever associated with Morgan, even though Harris wrote it, but it is the sheer exuberance of the music and the sense of joy that it produces that makes it so effective. Bouncy and danceable yet clearly serious jazz, it was a combination of art and culture that Blue Note could only have dreamed of. The rest of the album may be overshadowed by that behemoth, but they needn't be, there isn't a bad note on the album. Henderson's steely tenor is the centerpiece of the two takes of “Totem Pole" aided and abetted by Billy Higgins shimmering rhythm and Cranshaw's rock solid bass. Harris stays behind a little bit but his comping keeps all the players on pace and focused and his solo spots are pithy and sterling. This album is one of Blue Note's classics, coming at just the right time to attract fans who were interested in the burgeoning rock and soul scenes, and the music stands up just as well today. The Sidewinder&#151amazon.com