Lee Morgan: I Called Him Morgan 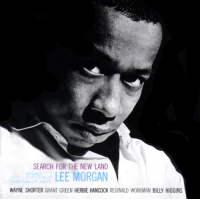 slideshow
Jazz is the only form of American music that comes with a built-in film noir. As a nocturnal sub-culture, jazz has its own language, its own style and its own cynical way of looking at the world. Along the way, the 100-year-old jazz story has amassed dozens of secrets and unsolved mysteries. What happened the night Chu Berry died in a car crash in Ohio? What exactly happened to Lester Young while he was incarcerated for drug possession in an Army prison in 1945? Was he beaten or raped? How exactly did Bill Evans become hooked on heroin in the late 1950s and who bears the responsibility? Why was Bud Powell beaten by the police in Philadelphia at age 20? How exactly did Gerry Mulligan travel from New York to Los Angeles with girlfriend Gail Maden in 1951 and where did he stop along the way? And why not just take the train? How did Scott LaFaro wind up in a fatal auto accident in July 1961 while visiting his mother in Geneva, N.Y.? And these are just a handful.

With the theatrical premier this Friday of I Called Him Morgan, a documentary by Kasper Collin, one of jazz's shadowy mysteries has been solved. During a blizzard in February 1972, trumpeter Lee Morgan was gunned down by his common-law wife at Slugs, a now-gone jazz club in New York's East Village. For the past 45 years, it was unclear why Helen More had shot Morgan in between sets. Most people assumed it was the work of a woman with longstanding mental problems. The answer is more complex, and I'm not going to ruin it for you here. Let's just say that neither Morgan nor More were wrapped too tight but that she wasn't as wiggy as jazz fans had imagined.

I saw the film a couple of weeks ago, and while I would have liked the documentary to tell the Lee Morgan story with a bit more drama and poetry, the film's climax is powerful stuff. It turns out that before her death in 1996, More gave an on-tape interview about the events leading up to the shooting that sheds light on why she did it. In this regard, the film is invaluable and answers questions about the tragic story as well as about Morgan's personality quirks and drug problems.

Where does Lee Morgan fit into the evolution of the jazz trumpet? In stature, I'd put him on the same level as Clifford Brown and Freddie Hubbard, with Brown at the start of the hard bop movement in the early 1950s and Hubbard at the tail end and start of jazz-rock fusion. Of course, there were plenty of other greats in between, including Miles Davis, Blue Mitchell and Donald Byrd. But in the hard-bop realm, Morgan was an exceptionally soulful player who could blow blistering hot on up-tempo tunes and mournfully on ballads. As a composer, he's rivaled only by Horace Silver, Benny Golson and Elmo Hope for his sheer number of exceptional hard bop compositions. Virtually all of Morgan's Blue Note albums, including The Cooker, Leeway, The Rajah and The Sixth Sense, are classics.

I Called Him Morgan will be screened at New York's Francesca Beale Theater at Lincoln Center (144 W. 65th St., south side) on March 24 and 25. For times and tickets, go here.

JazzWax clips: Here's a compilation of Lee Morgan solos assembled by Bret Primack during Morgan's tour in Japan with Art Blakey and the Jazz Messengers in 1961...

And here's Morgan with Benny Golson (ts), Bobby Timmons (p), Jymie Merritt (b) and Art Blakey (d) playing Benny's I Remember Clifford in Belgium in 1958. It's one of the finest recorded performances of the eulogistic ballad...